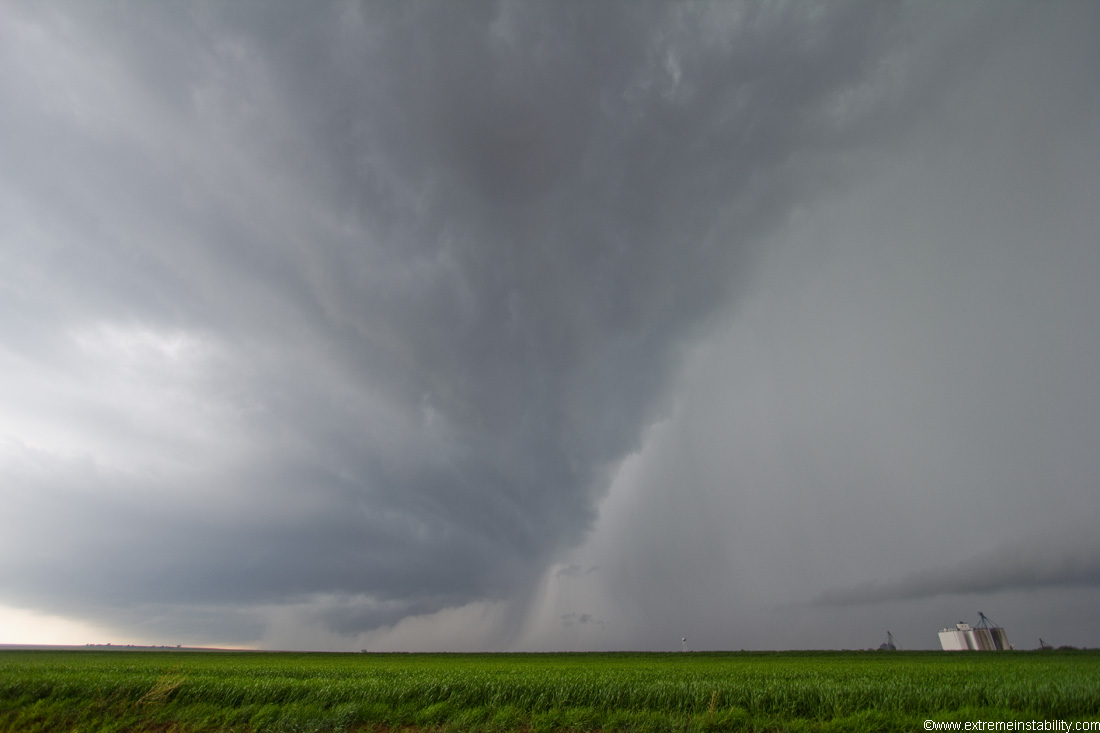 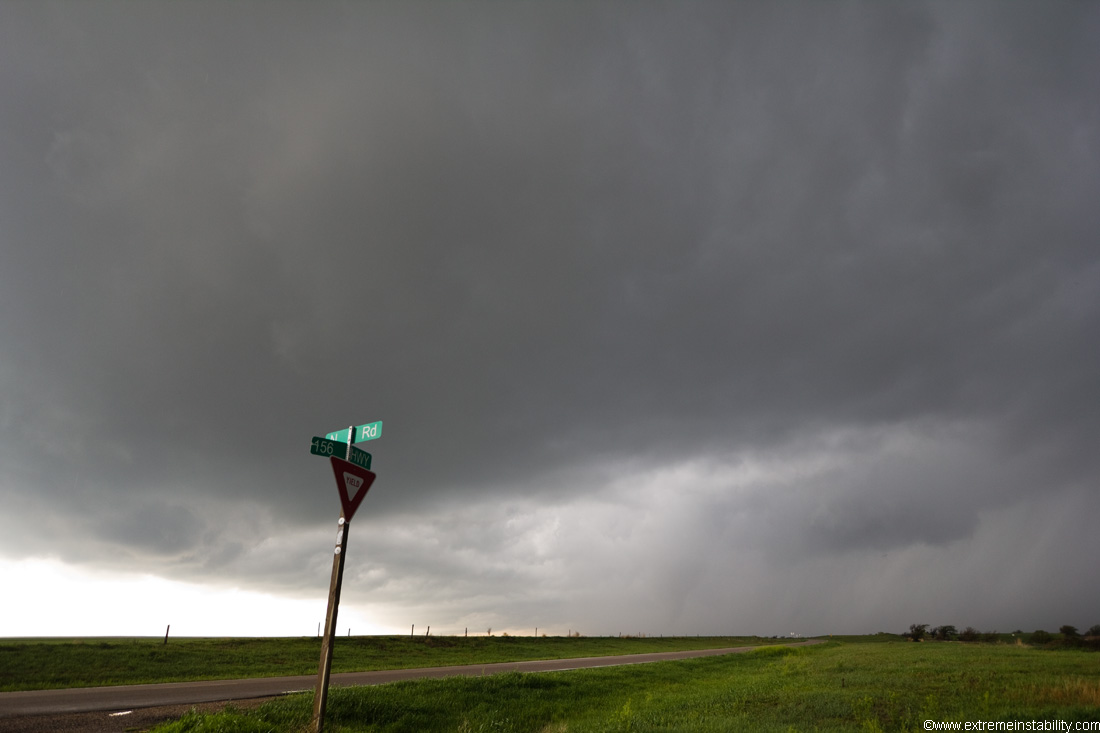 I'm currently extremely unmotivated to do this account. It probably has something to do with driving 2200 miles in 3 days for 2 useless days and on the good day not getting the better stuff from it. Or just a lot more to do with being tired still. Naw, probably more to do with, what is the point, considering the crazy wedge stuff from the storm I let go after I saw this tornado. 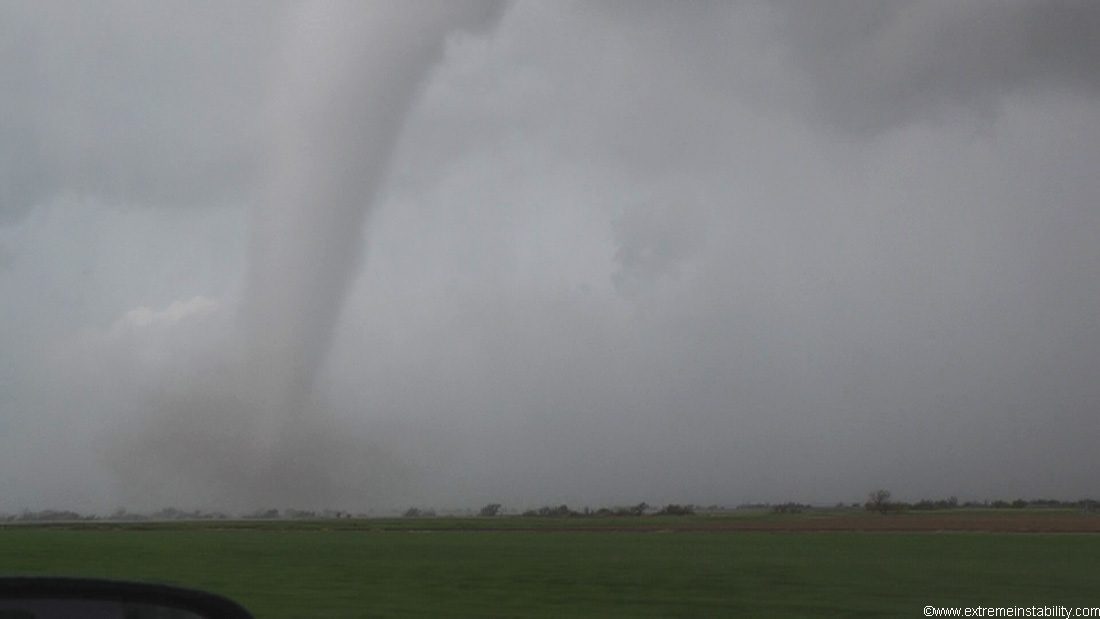 I started off great getting this tornado northeast of Dodge City, near Burdett KS. Hardly a chaser around. I wish I had shot west to get closer a hair sooner than I did. I thought I was already going to be too west of the track, but then the thing lifted mostly north. 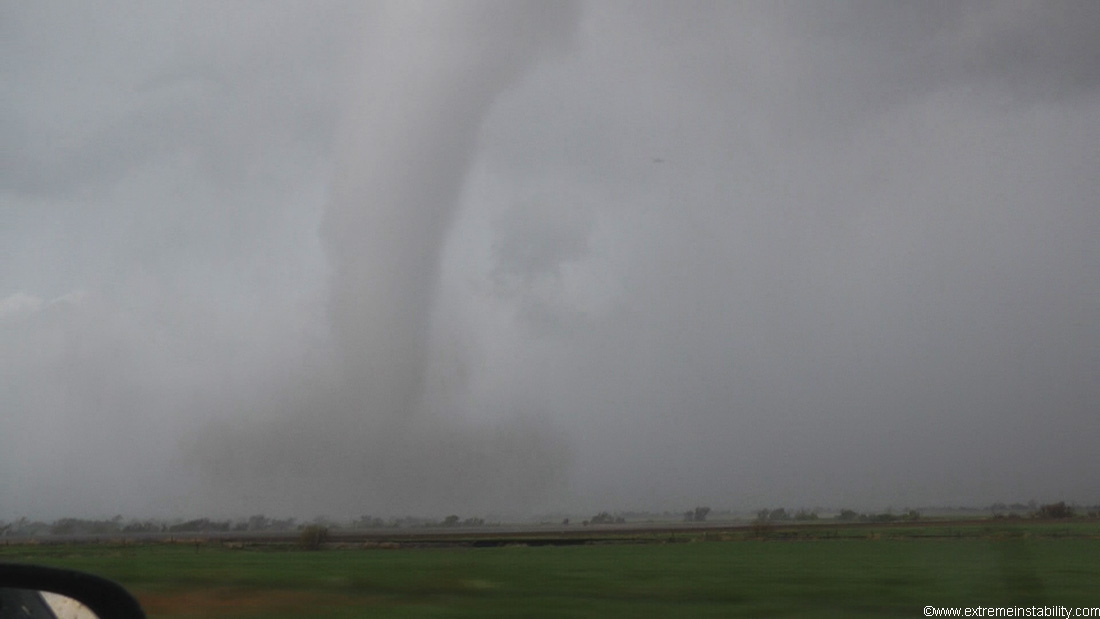 This thing had a pretty darn good roar to it. 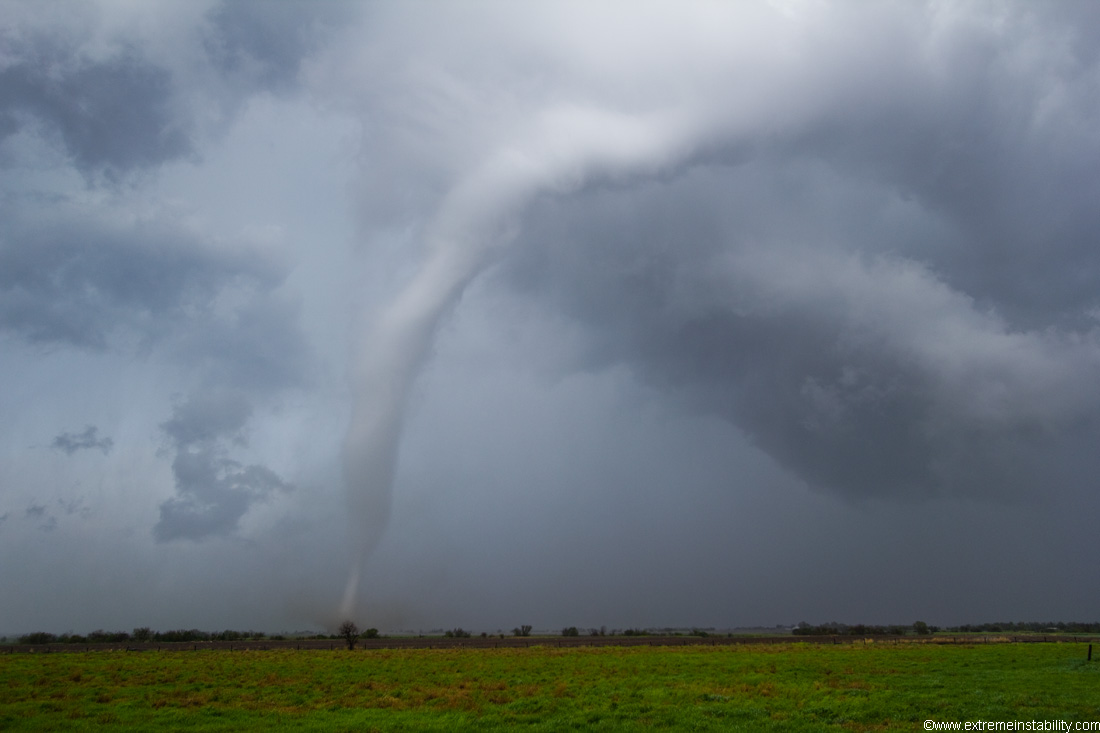 Ultrawide angle still. Drill bit at the ground, with fast motion down through the vortex aloft. 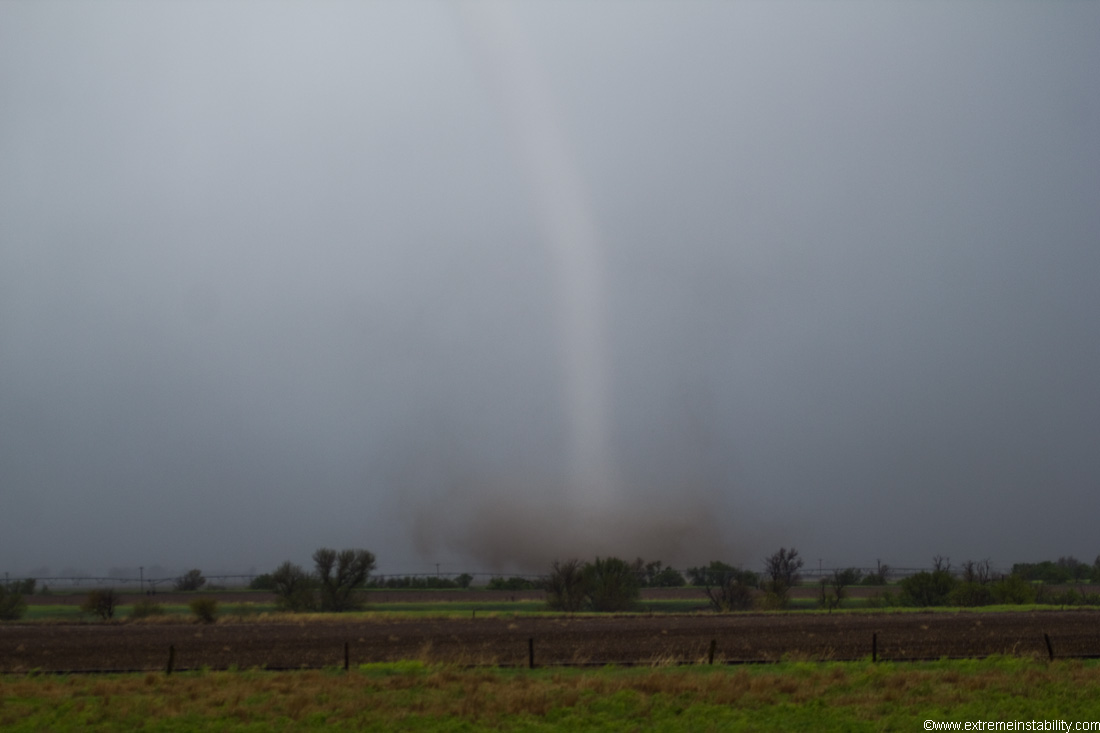 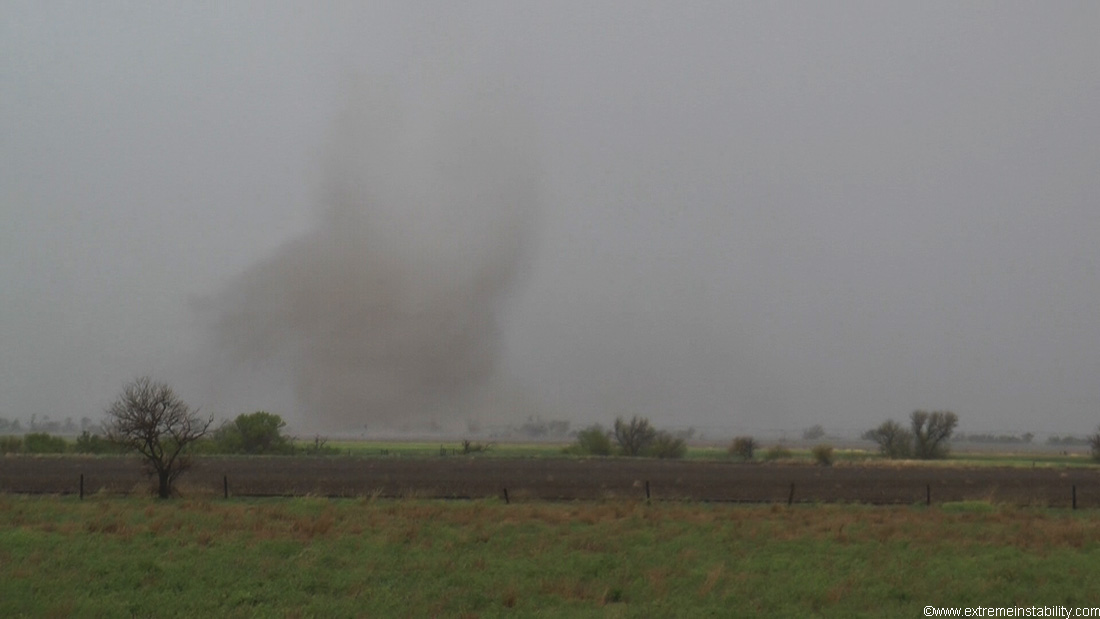 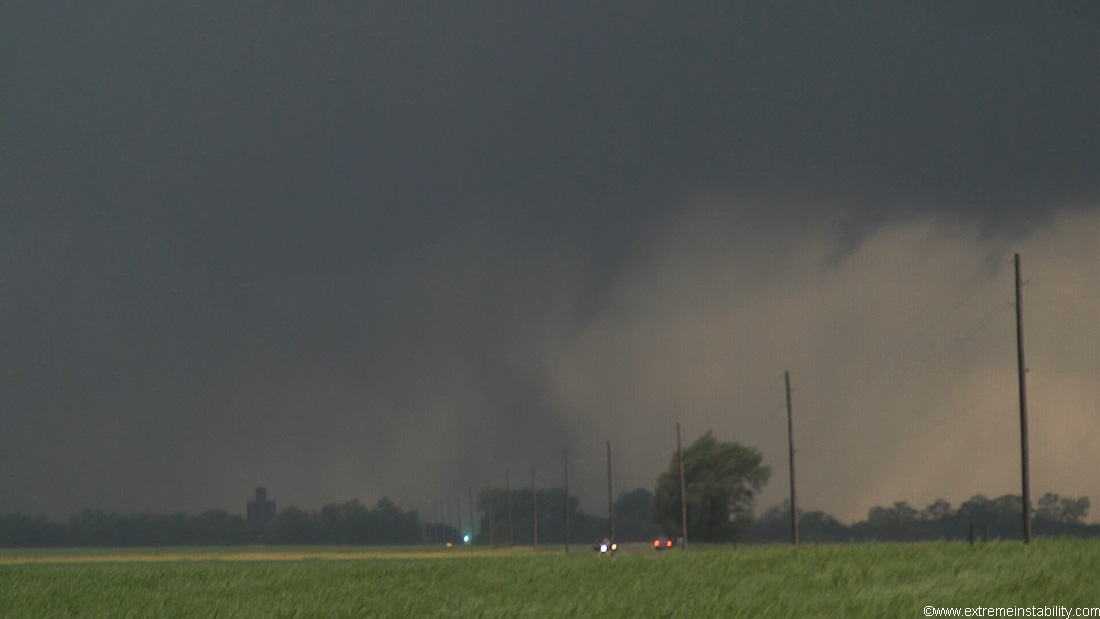 I let that storm go, given the storm to its south looked lined up far enough east to be in the inflow of the storm I was on. So it seemed its death ticket was signed and waiting. This was correct. It went downhill pretty fast after I let it go. I then get to the next one and it looked horrible. It was long and cold. Looked like a weak squall line as much as it did a supercell. This was largely because it had two entities. It seemed pretty doomed, so dropped for the next one. Well it then, in about the next 30 minutes, goes bonkers sw of Salina producing an amazing long-lived wedge. The fact many others did the same thing doesn't make it feel any better. Especially after so much effort the two days prior. Was out at Goodland two days before, then down in far southwest Oklahoma the day before. I woke up at 4:20 a.m. and hit the road at 4:45 this day to get back north. What might be most annoying is if I didn't know to leave the first one like I did, I'd have been delayed in getting to that second one down enough to been on that when it was the wedge machine. Kinda annoying. Anyway, after I let that one go, I got to this one near Pretty Prairie KS where it produced a tornado. Powerflash in this capture. 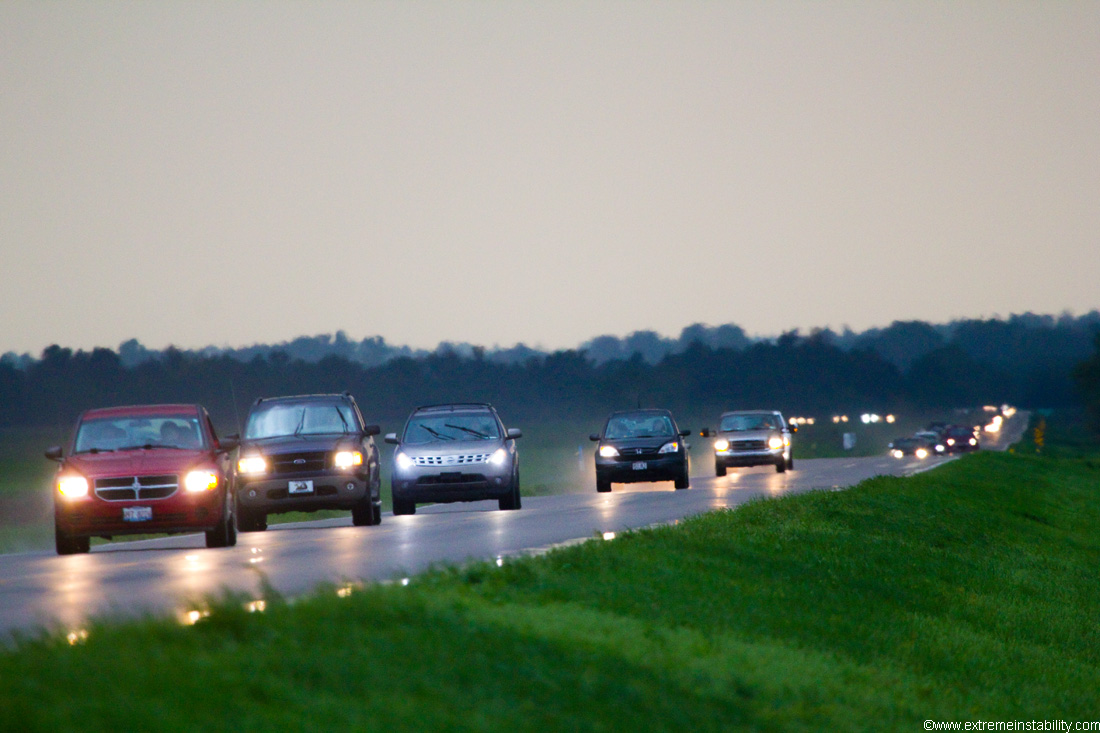 Then somewhere around 1 trillion chasers showed up. 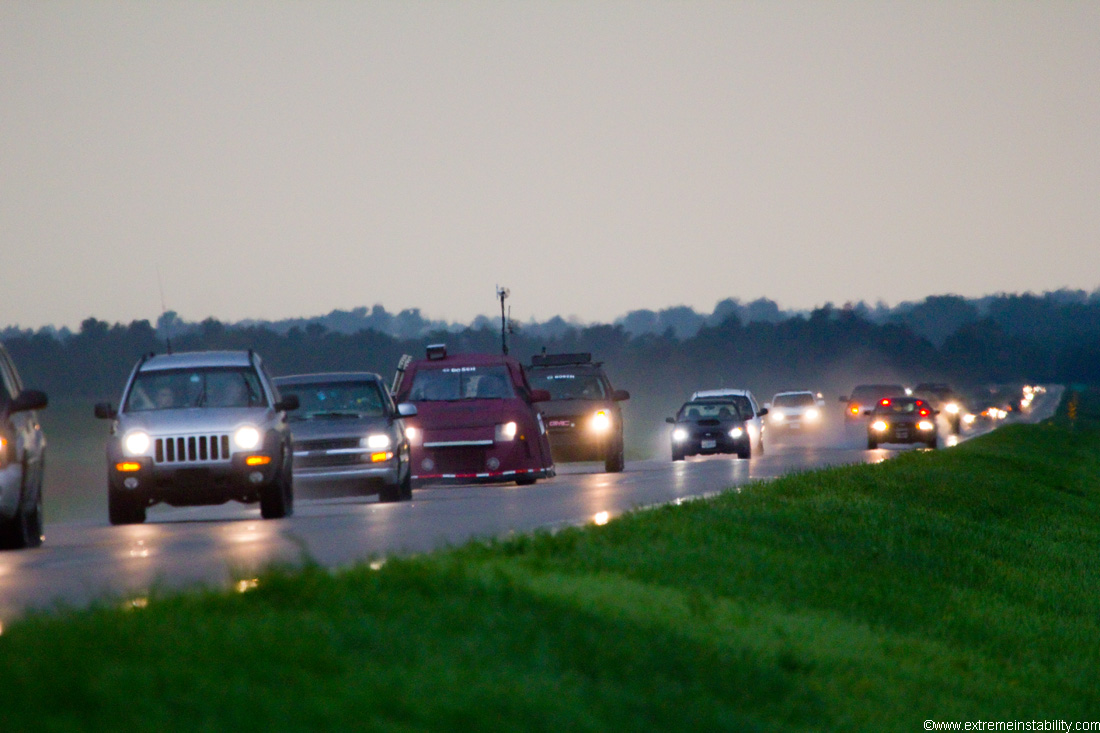 Try to visualize this traffic at highway speeds continuing for over 10 minutes straight. I sat there over 10 minutes and it never stopped coming. I probably jumped in about 15 minutes and there were plenty still back there coming on spotter network. It would not surprise me in the least if this line of cars was TWENTY miles long. 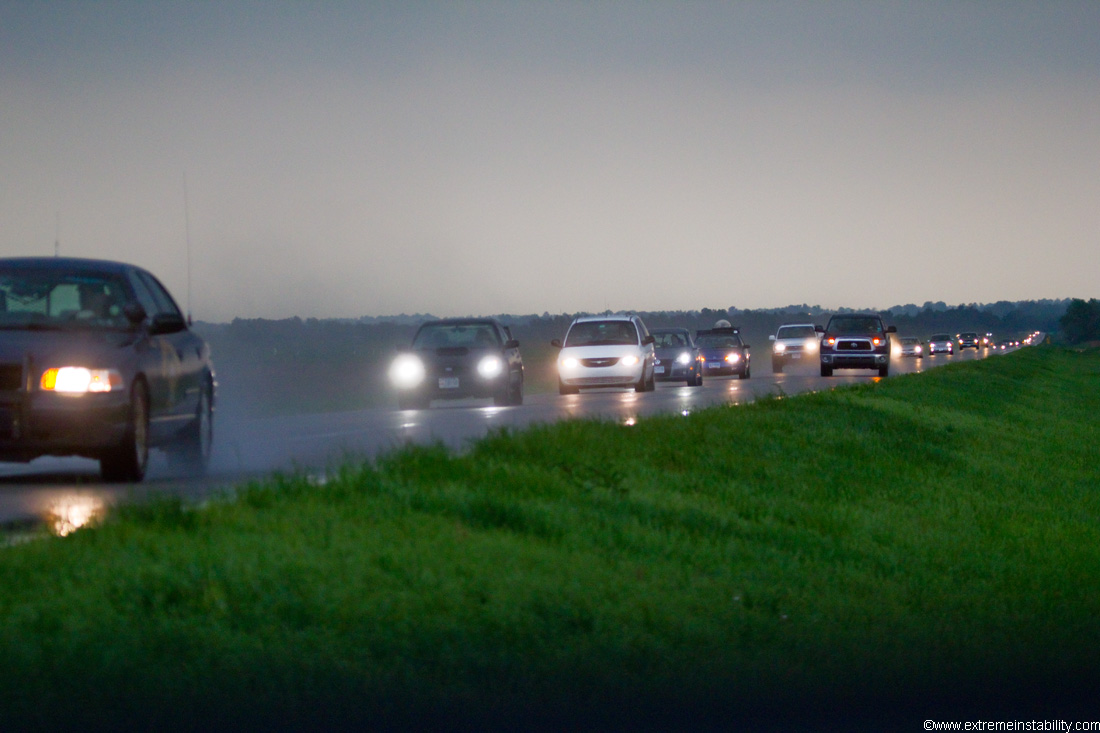 I'm willing to jump into a line and chase when it seems worth it. It was getting late and the storm had sucked for a bit. But the amount of people jamming in there was absurd and hard to comprehend really. I was like, screw that and headed north. 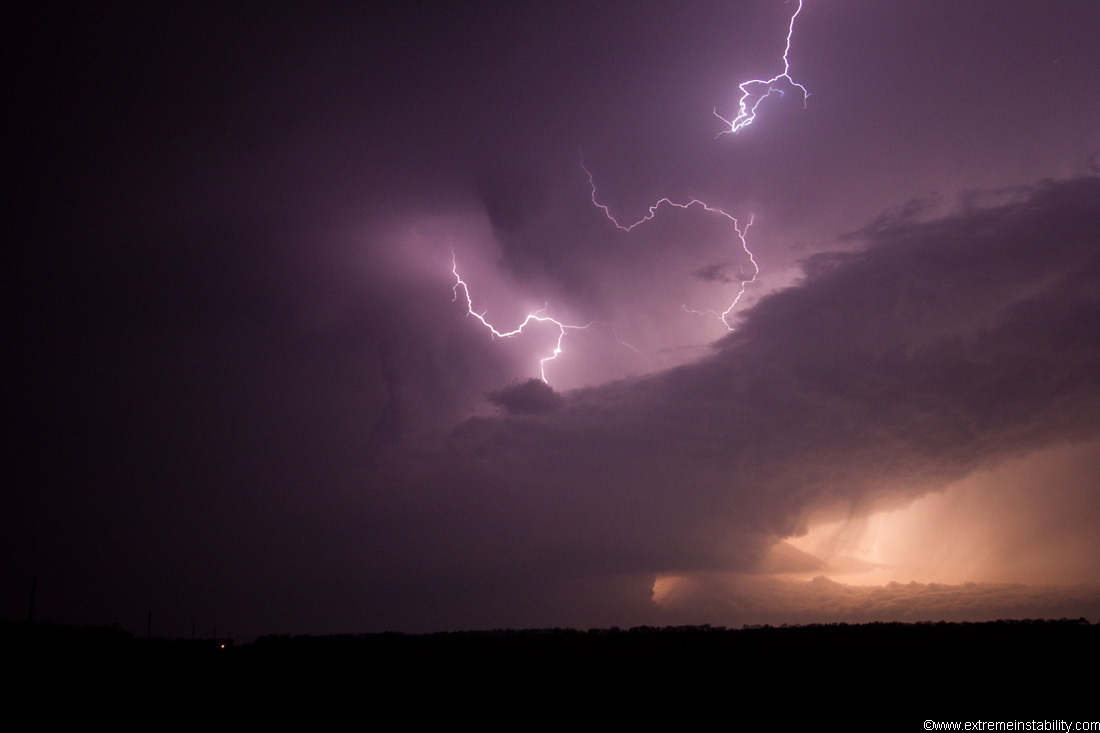 I planned to drive back home, but new supercells were going up and I didn't want to deal with PDS tornado watch storms all the way home on very very little sleep the last several days. I get a room in Salina, only for an utter beast of a tornadic supercell to fire to the sw and track pretty much right at Salina. I leave the motel and race south. It wasn't that cool once it got there. 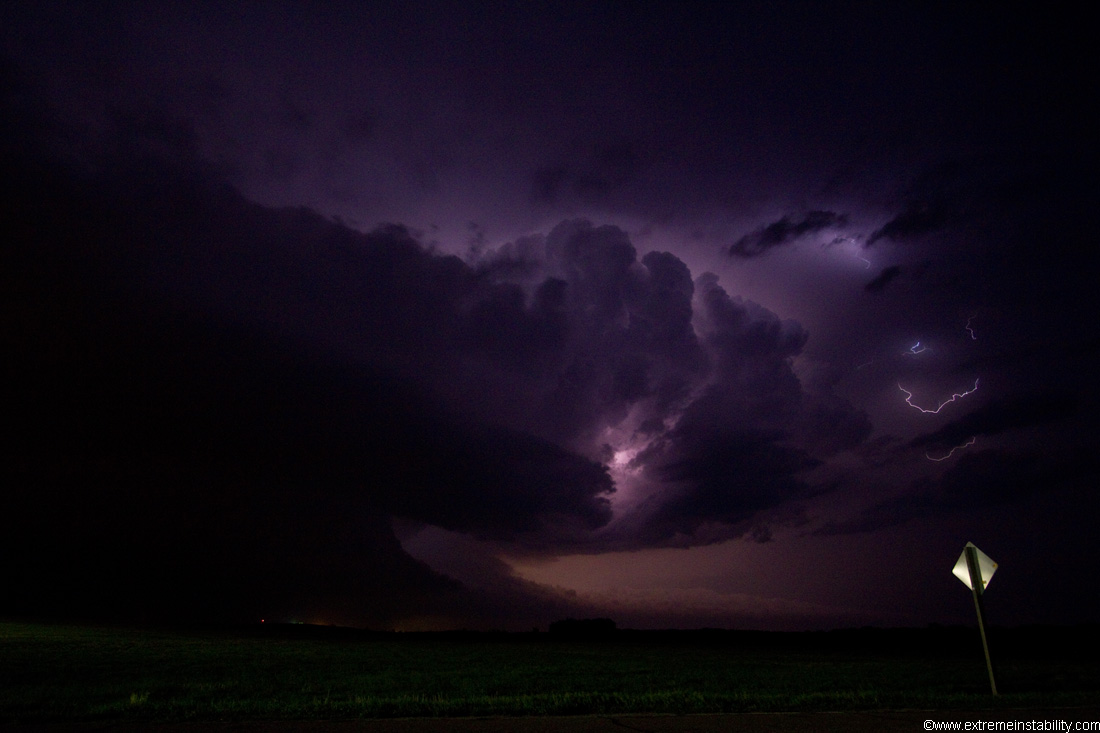 Watched it scoot by, then more storms went up with 2 new tornado warnings headed for Salina. I eventually go back north to my motel and finally crash around 2 a.m.