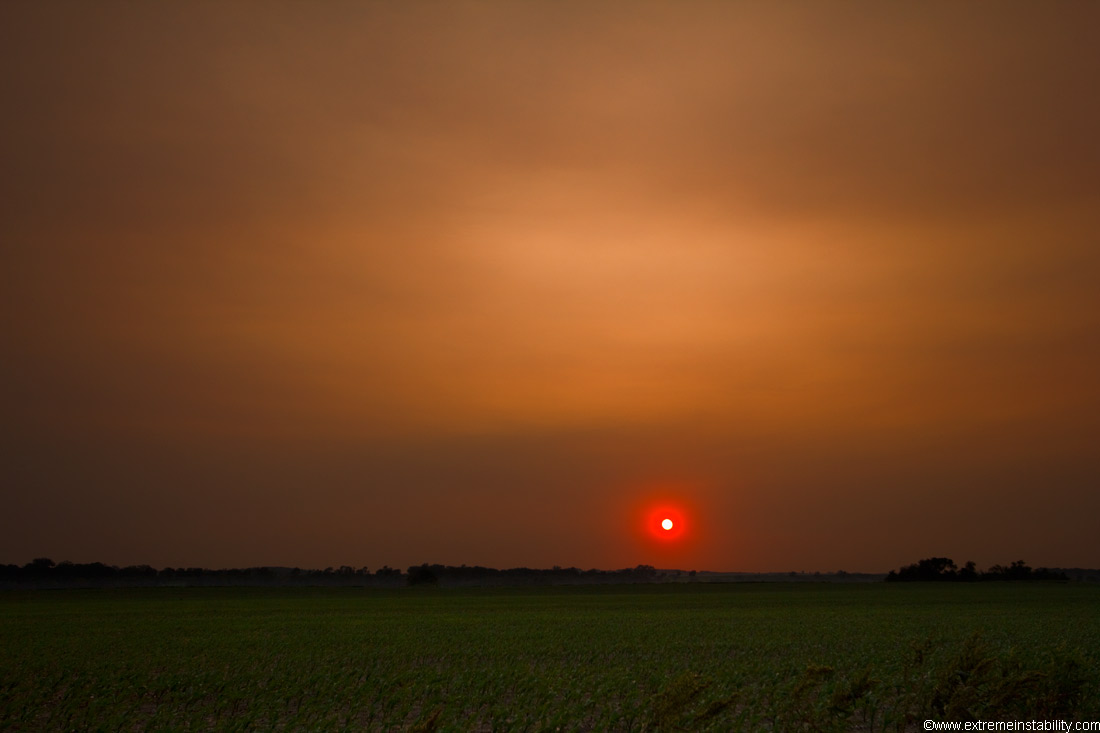 Just some random images from around home during the 2011 historic Missouri River flooding. These first 2 were early on during it and are actually from Arizona smoke in Nebraska one evening. Everything in the sky is from Arizona wildfires. It would have been clear otherwise, you could clearly see this on satellite images. 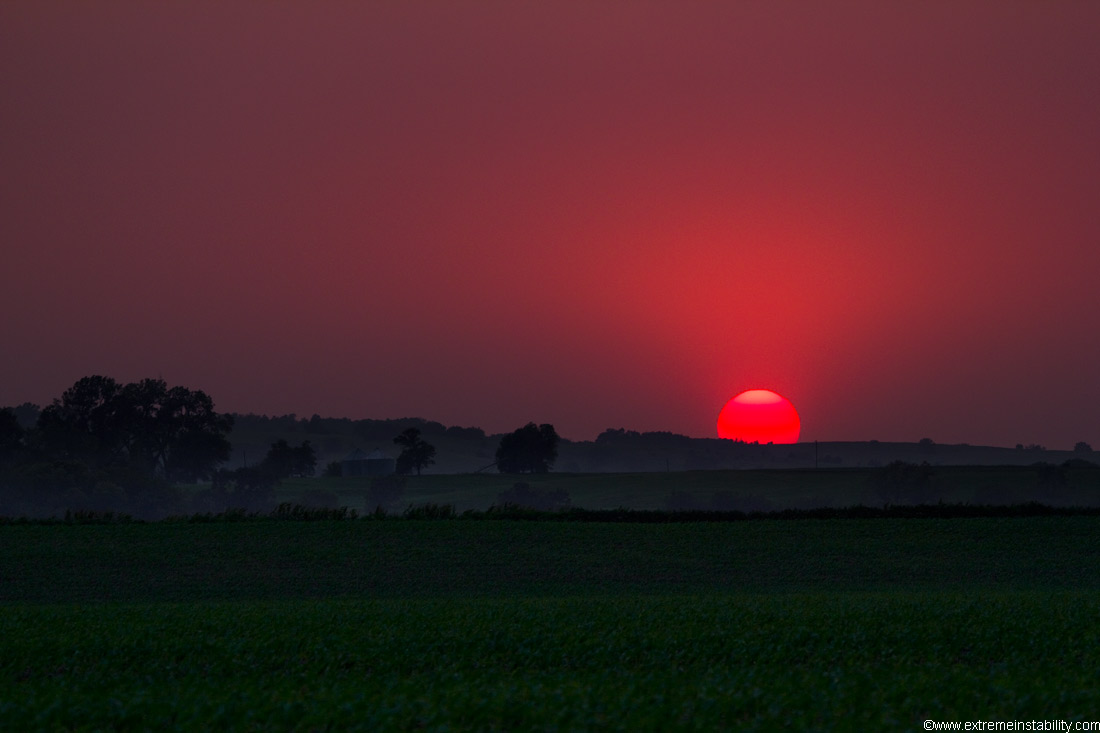 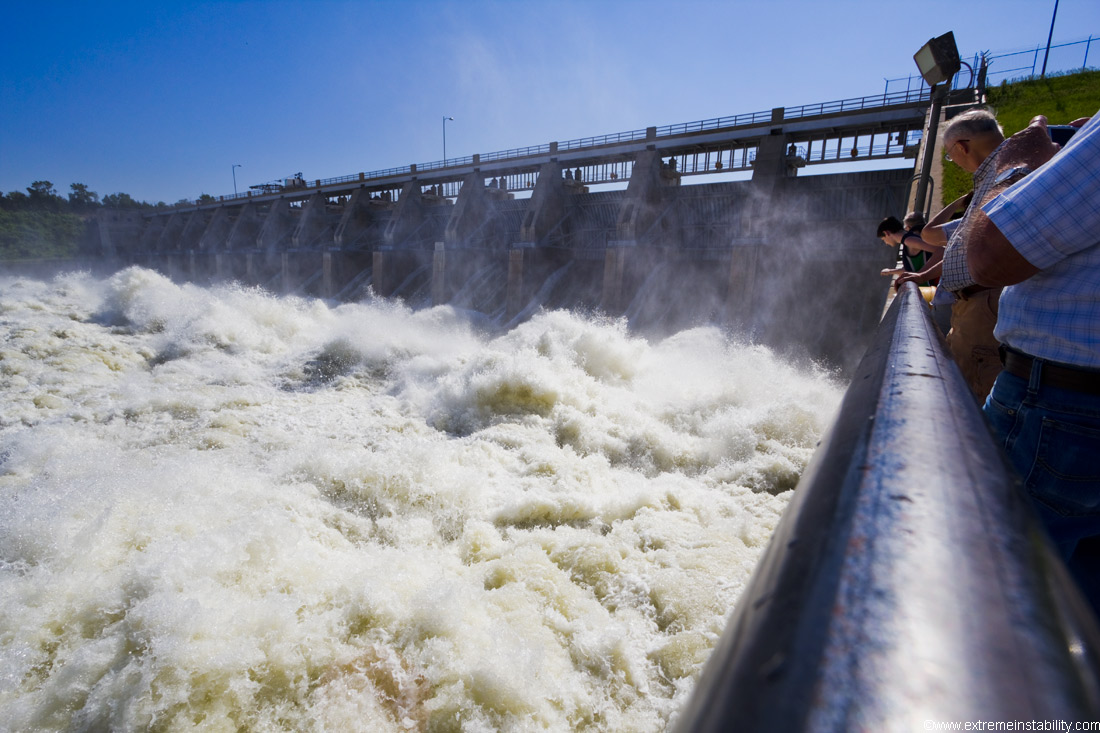 Gavins Point Dam at 140,000 cubic feet per second release. That was double the previous RECORD release rate. It maxed out around 160,000 cfs. 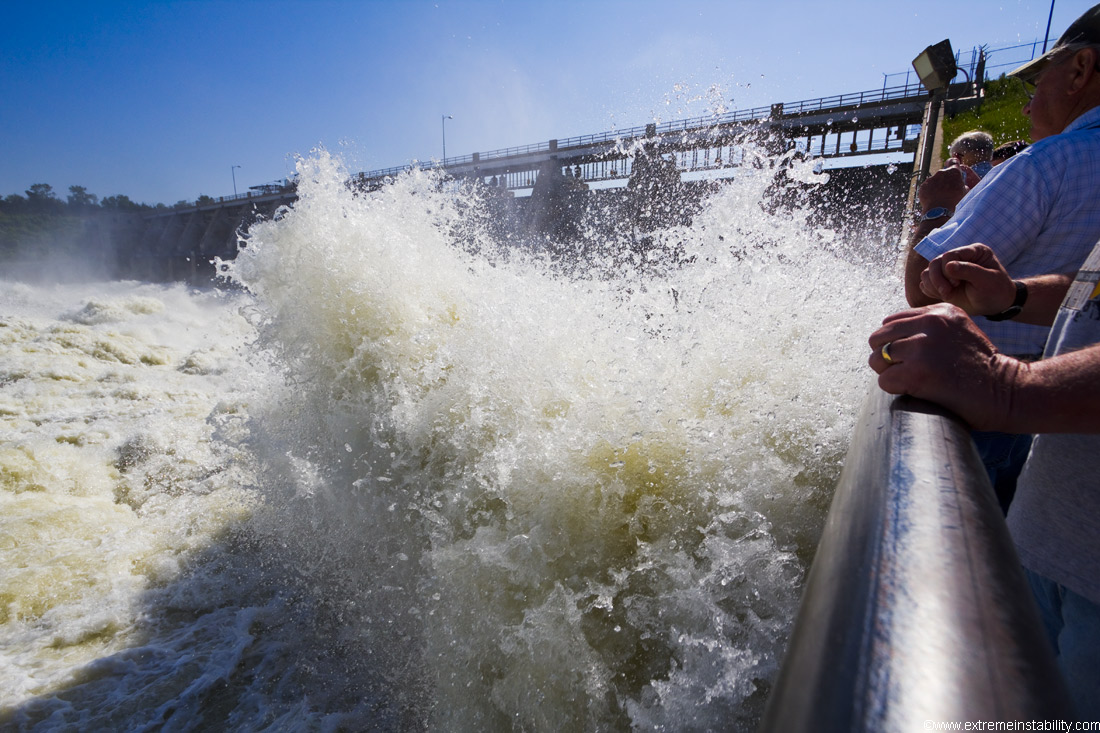 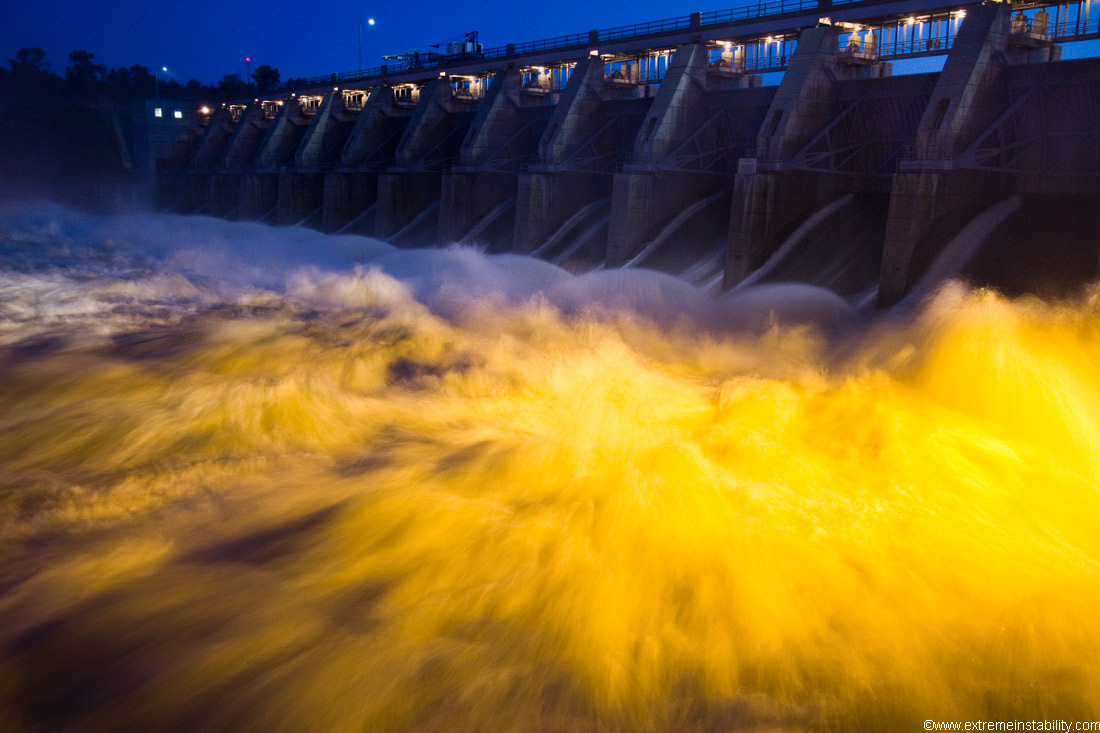 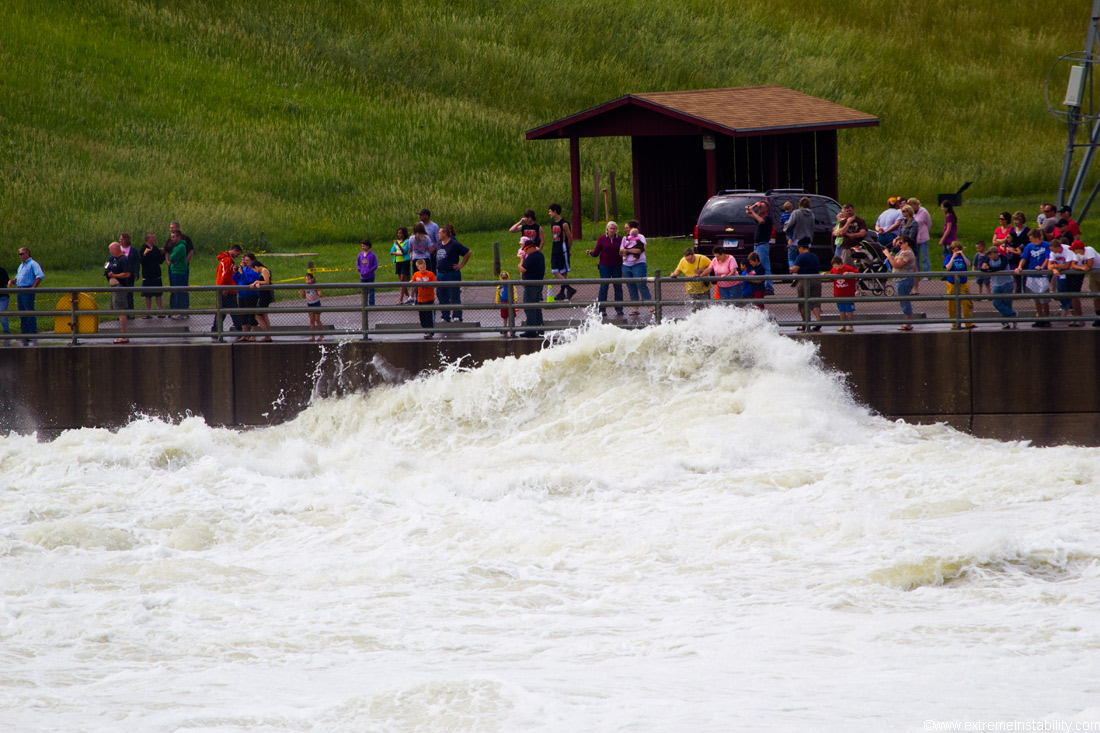 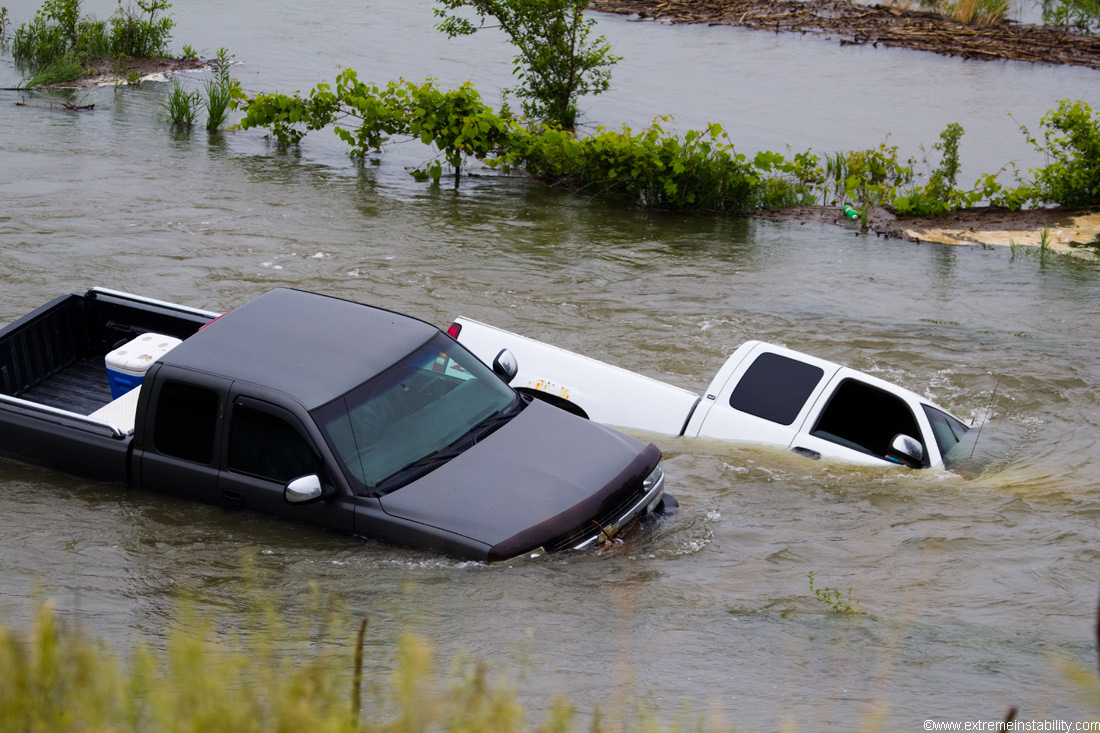 Evidently one truck thought it could get down to the river but got stuck. This was as it was now rising pretty readily. Another came to help the first and it got stuck too. Then the river just overtook them. 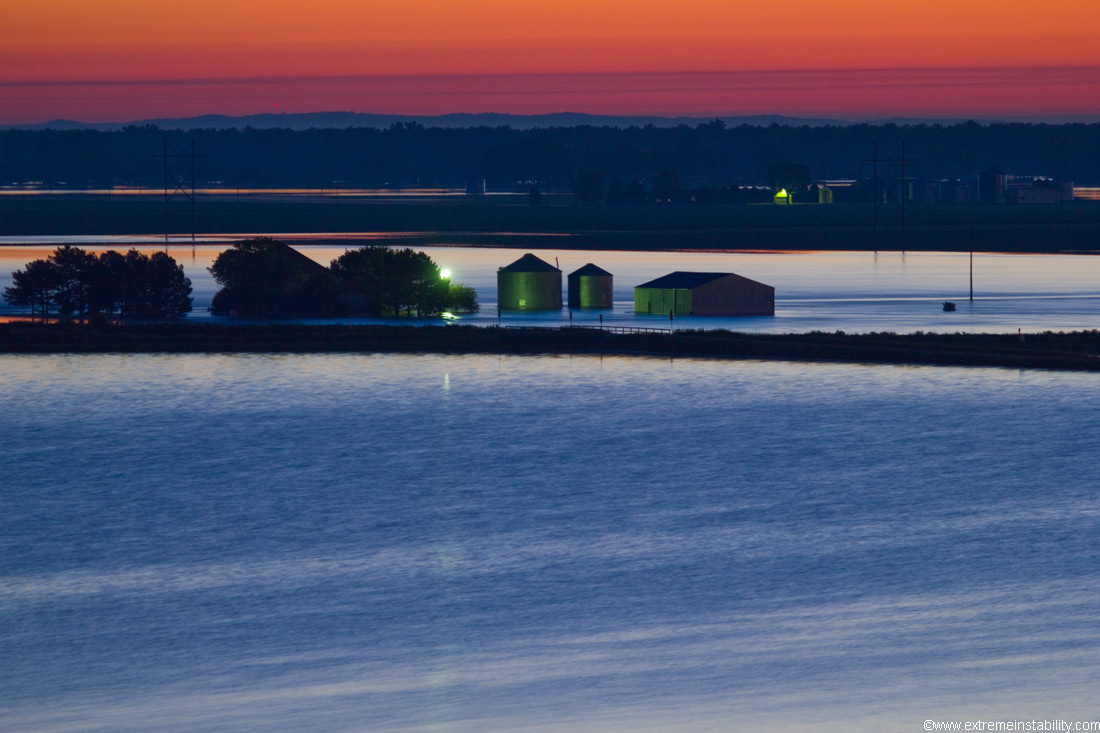 Longer exposure shot north of town/Blair Nebraska in the very early morning hours. The river and any water should be on the other side of that far tree line.

Click the above image to see a larger version. This also shot north of Blair. Goes from east to northwest. 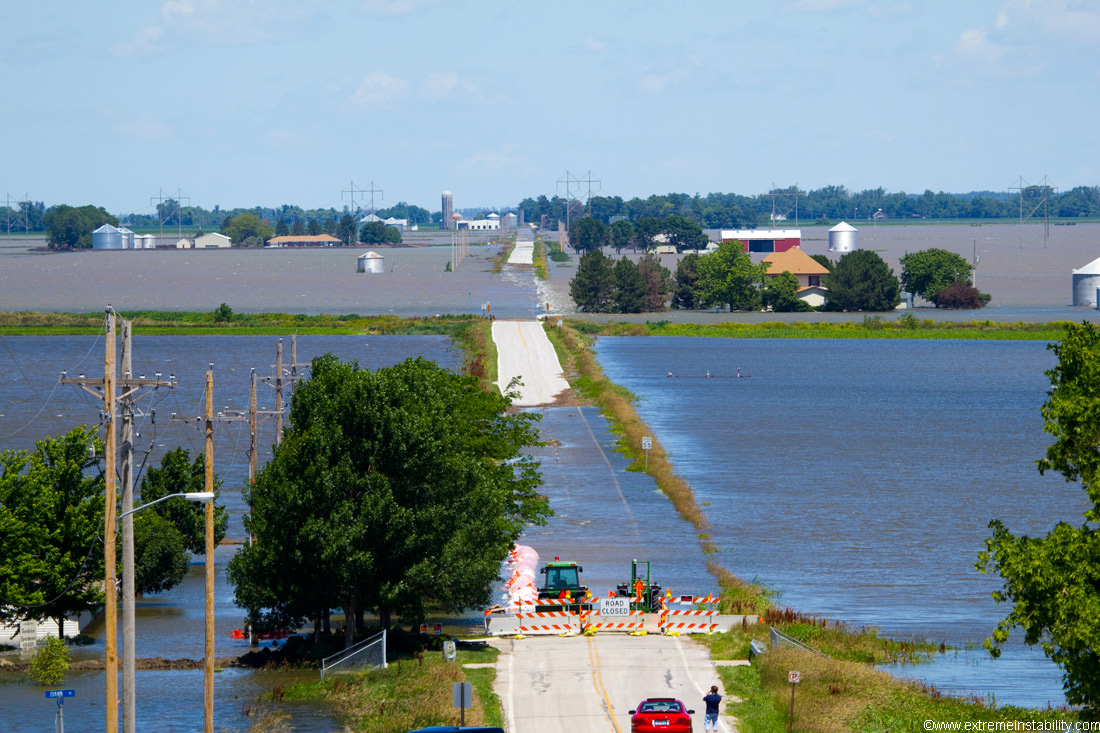 Another shot north of Blair. Water crossing the road left to right half way up there, which is actually flowing back towards the river. So it was coming in further north then going back across there. 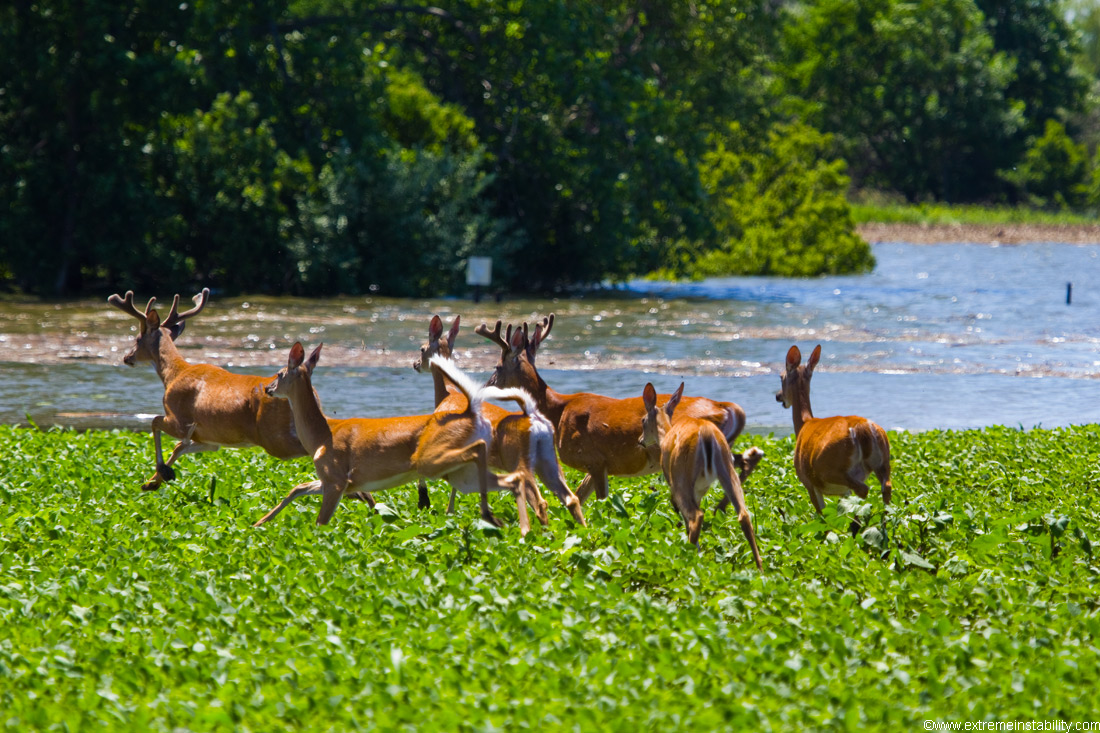 Deer getting pushed out of their area by flood water near Desoto Bend nwr.

Sunrise from north of town again. Cool how it would show up where there was light ripples on the water. 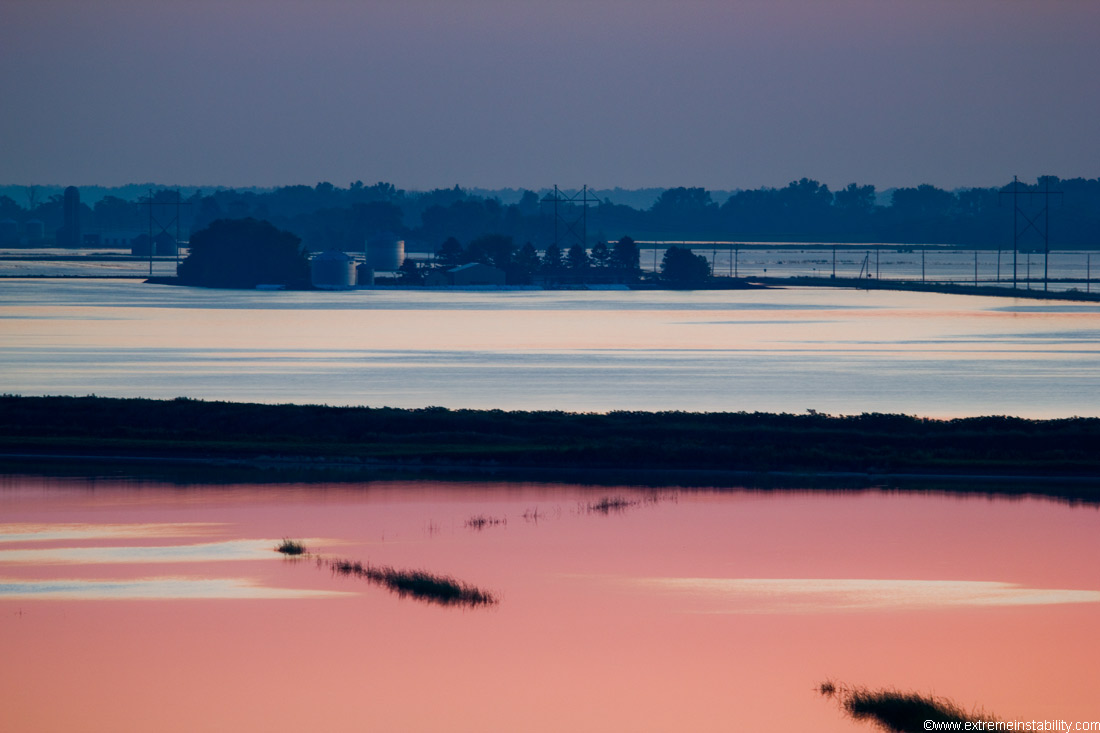 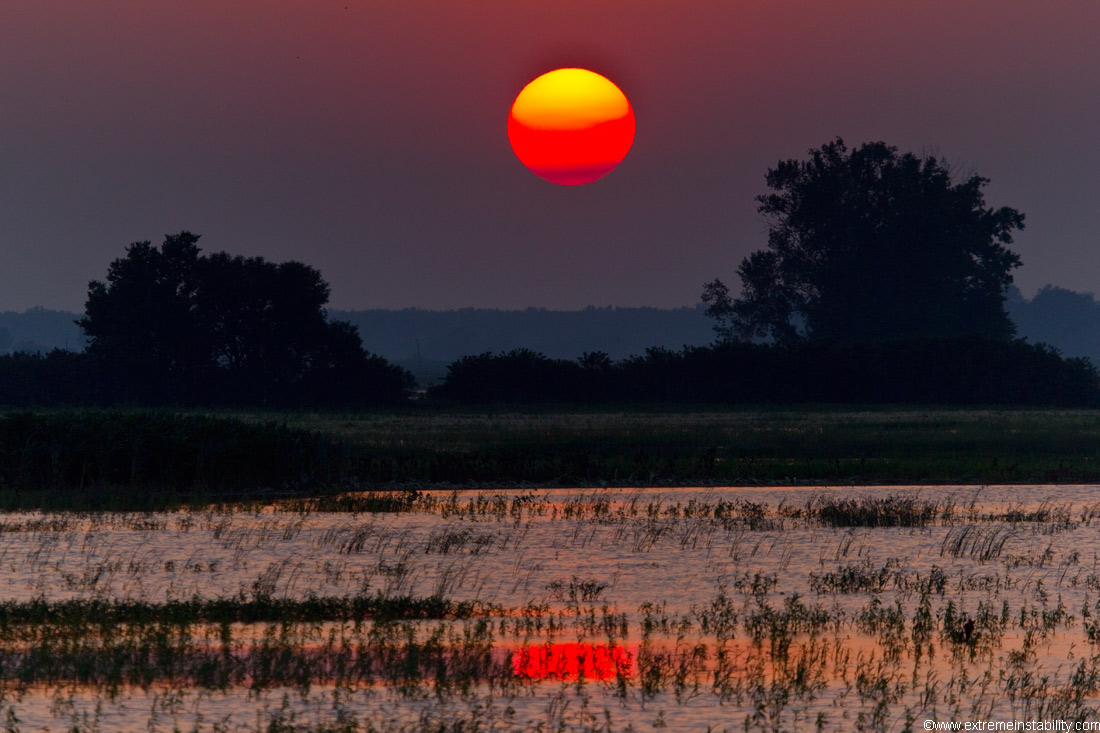 Sunset from over in Iowa near Modale. 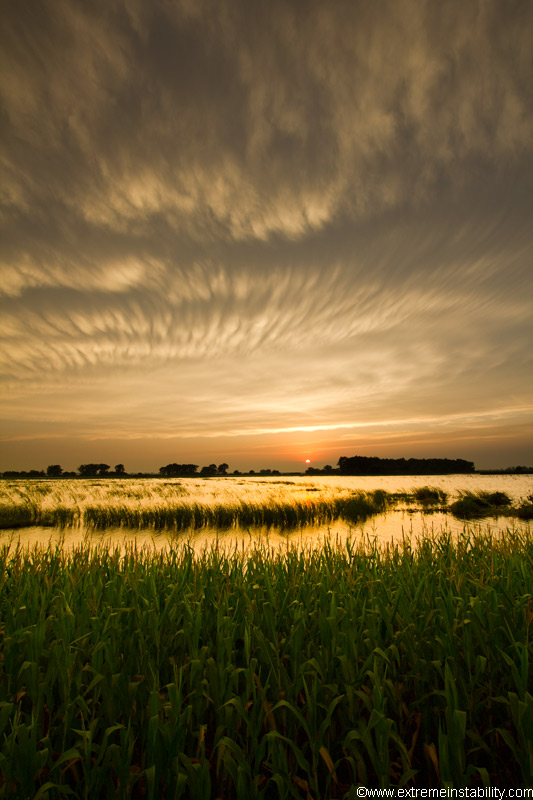 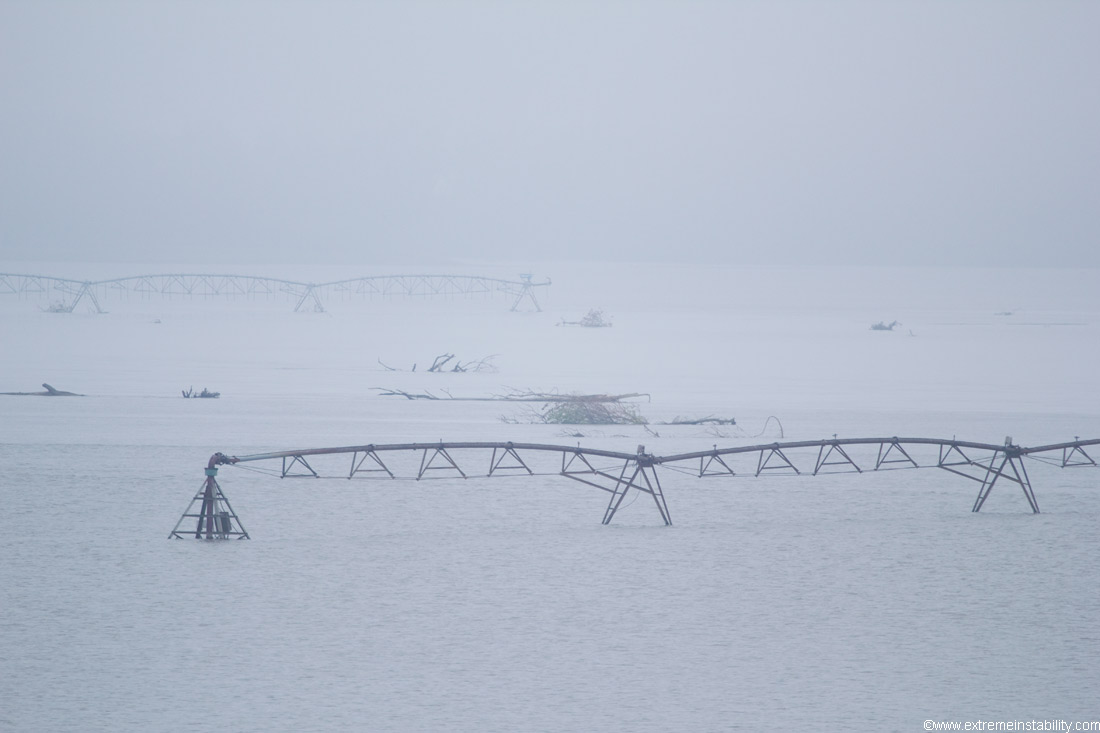 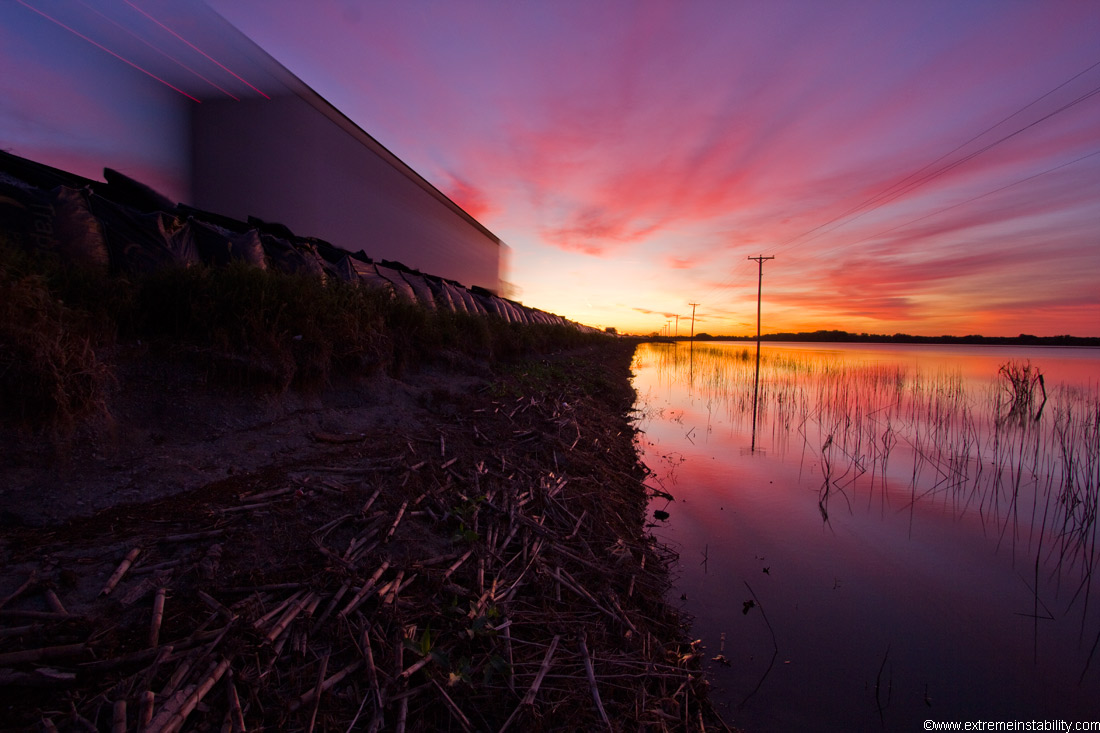 Highway 30 east of town as the flood was starting to wind back down after months of being high. Can see the flood bags on the highway. 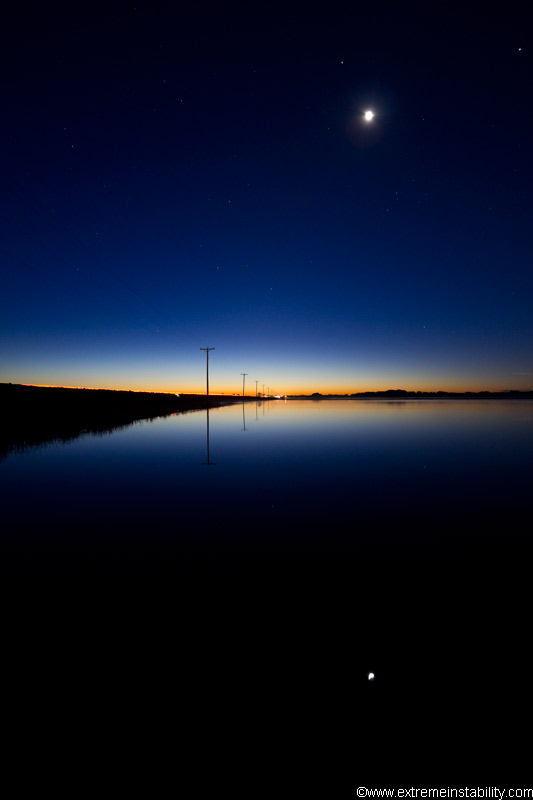 Fields along highway 30 east of town. 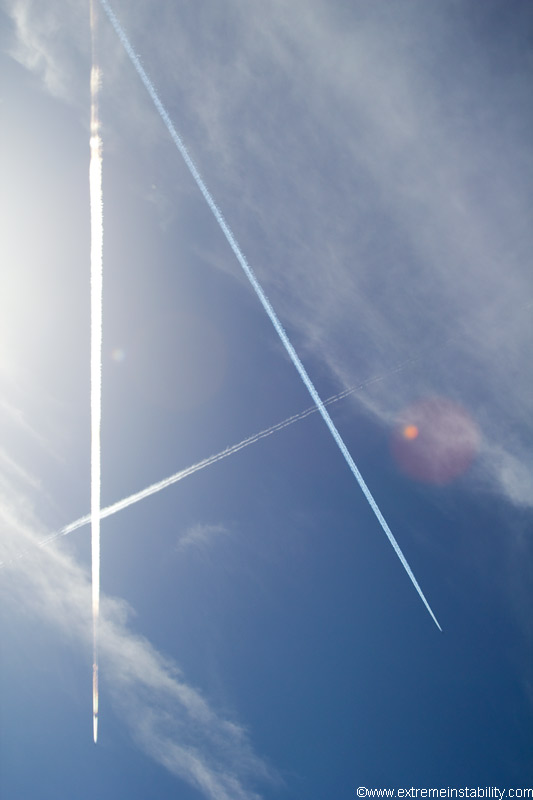 A random day with an "A" in the sky lol.