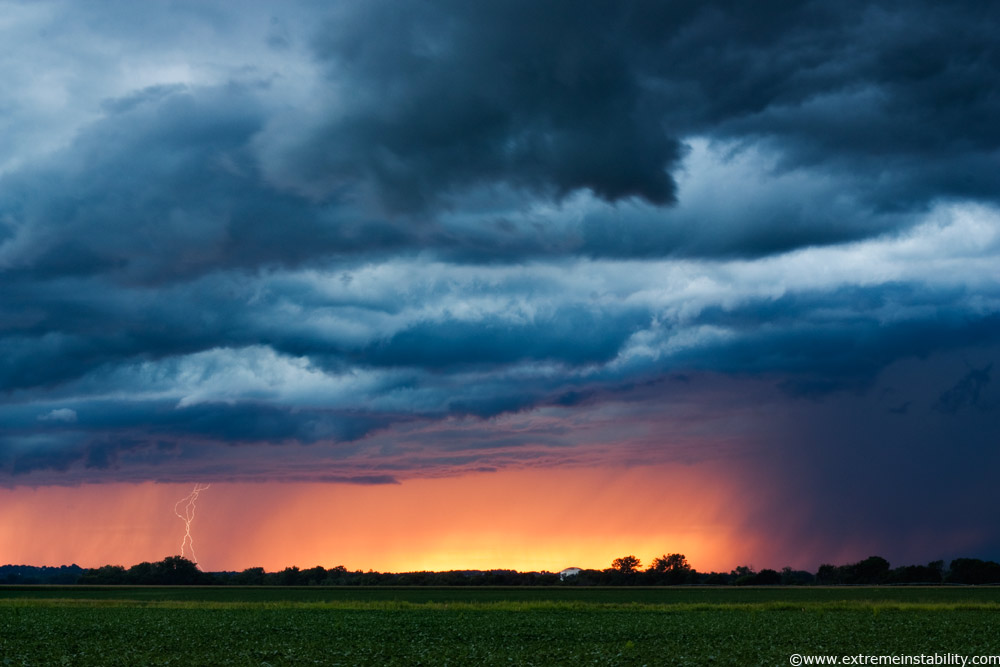 A pathetic line moved in and I just about did not bother going outside of town to watch it, given all the weak showers were behind some outflow. I could not believe it gave me enough time to sit where I was at sunset, before the rain would get to me. I kept thinking, light gets lower I'll try lightning but didn't expect to still be east of it. The only way to try lightning was to stop down and fire off 2 second shots with continuous shooting mode on and the cable release locked down. This was filling up my 4 gig card in a hurry though. The lightning was highly infrequent but I managed a few. 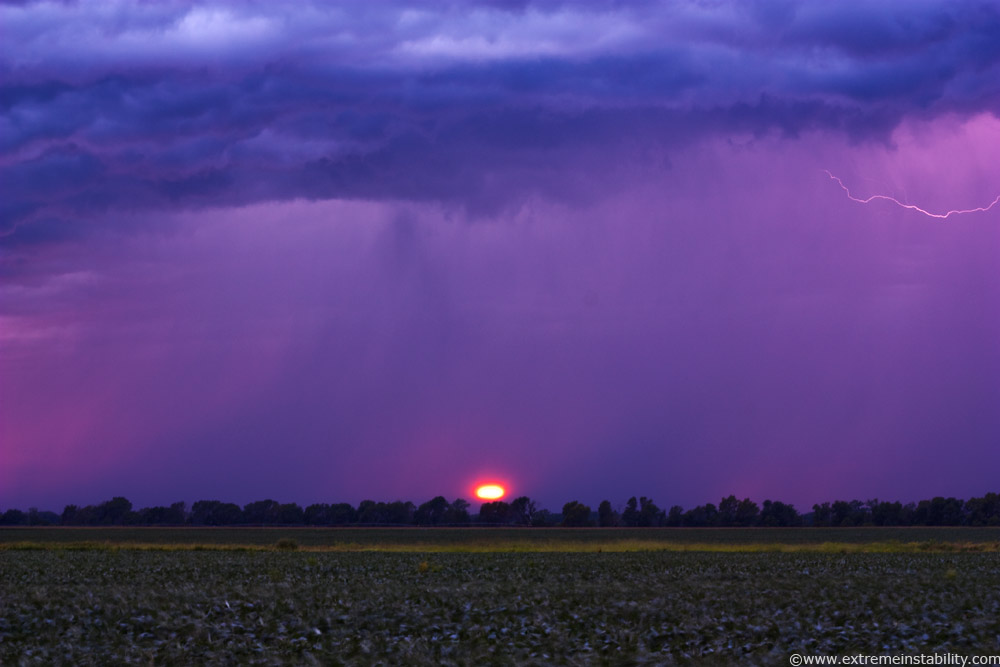 This was so annoying. I was like, give me a cg with the sun! But no, of course couldn't get them here. 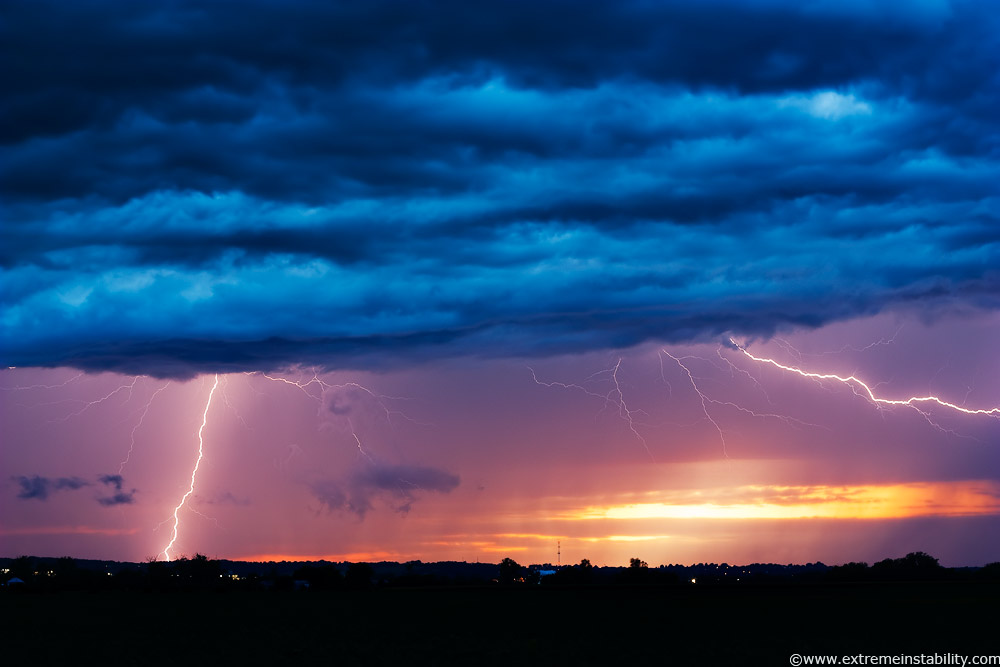 I was probably getting 4 seconds in now as the sun was below the horizon. These are looking back west towards Blair from the Iowa side of the river. 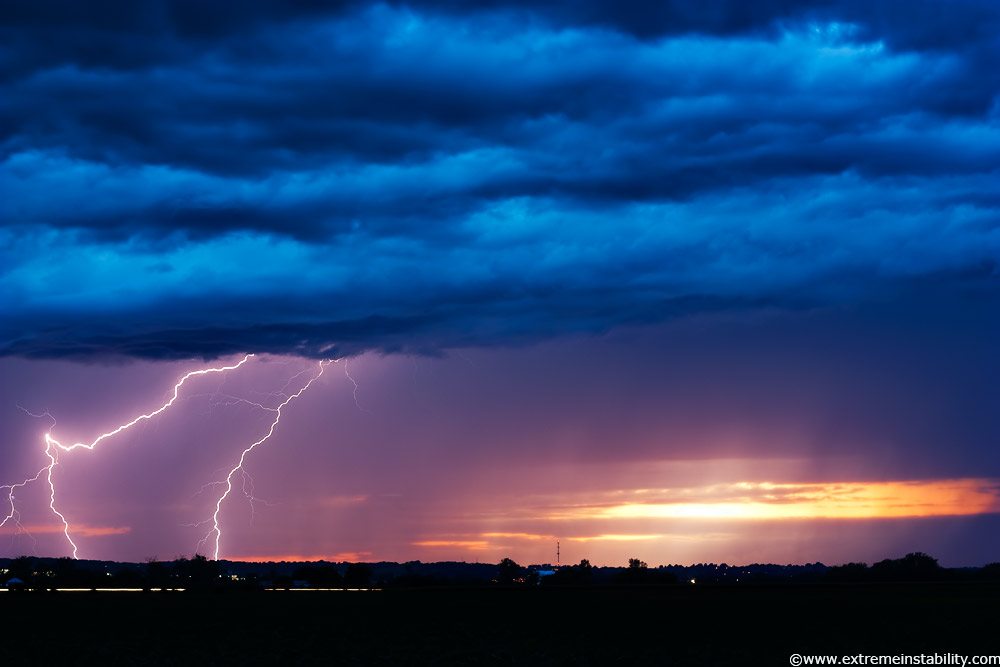 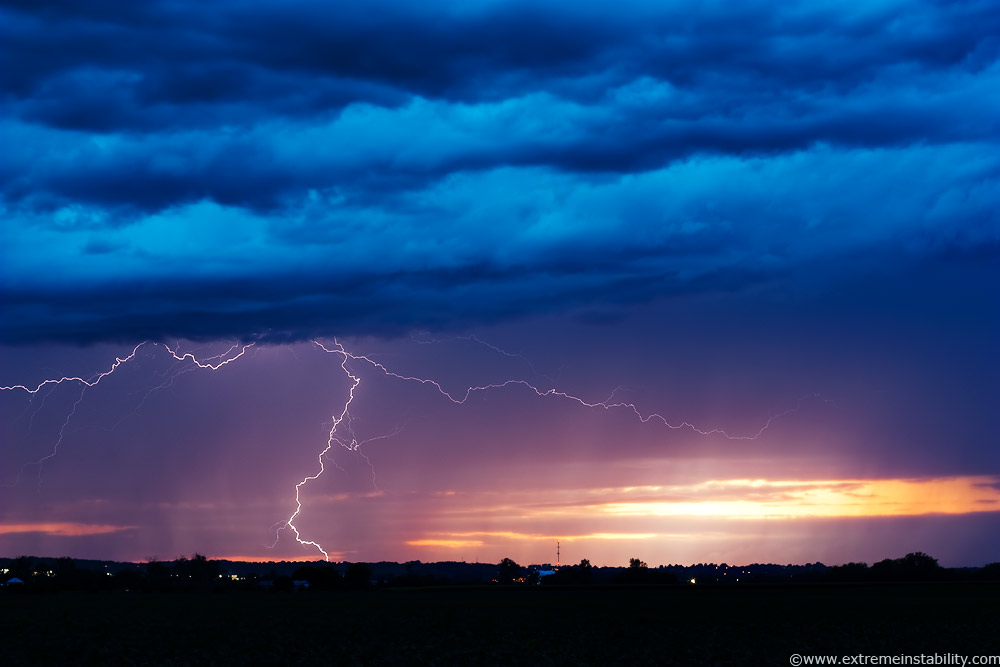 I got a cool one where 4 or 5 bolts hit the ground at once to start all these but the focus was soft. That 50mm F1.8 is a real pain to try and manually focus. You have it set right, zooming in 10x on the live view while doing it, but as you let go it always moves a little.

Probably 3 miles away or so. 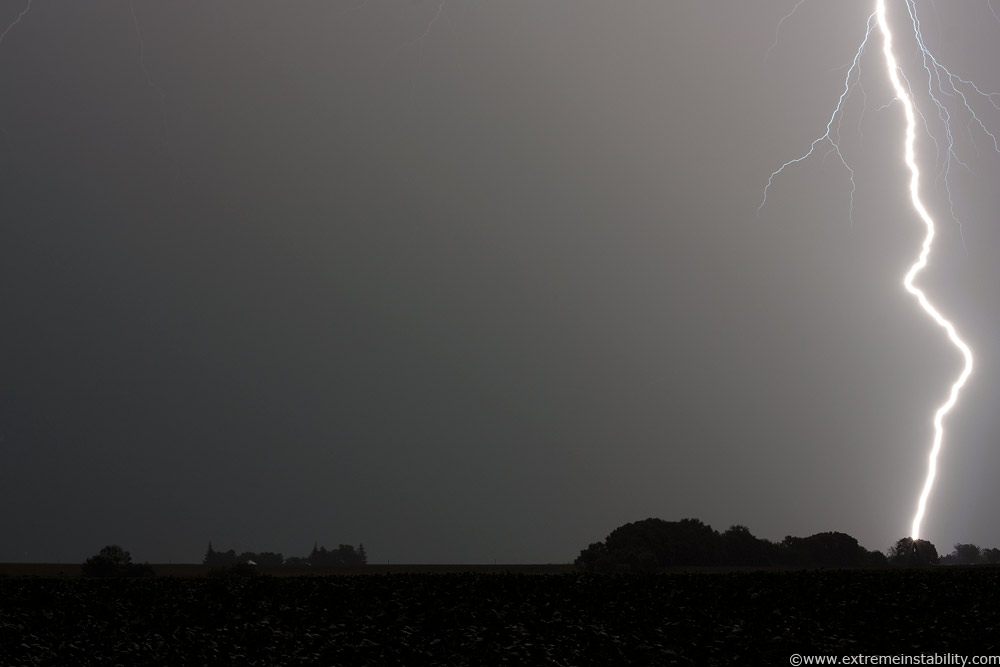 Facing east now, first shot I took to the east actually. The frequency of CGs were now around every 10 minutes, so getting one was nice lol. I notice on some of the bright CGs there's some banding. Wonder if that is the lens or what as even the 16 bit TIFF files show it. Actually that banding is pretty nasty on these last two. Hmmm, might have to stop using that lens for lightning. This bolt has to be hitting very close to the Desoto Bend Visitor Center.