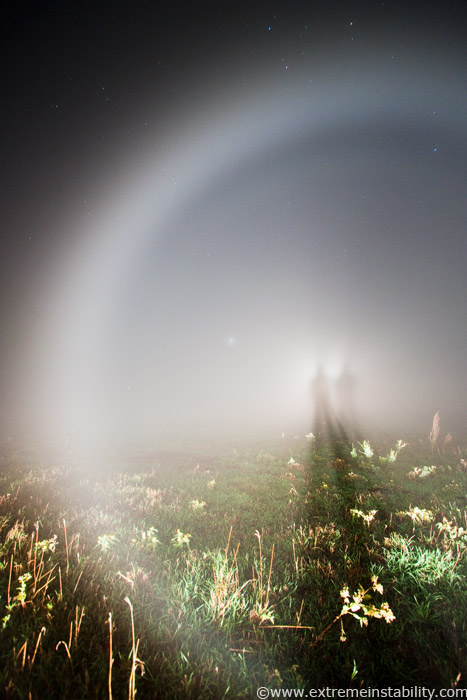 These first few are just fog bows from car headlights, back on September 23 at Murray Hill. 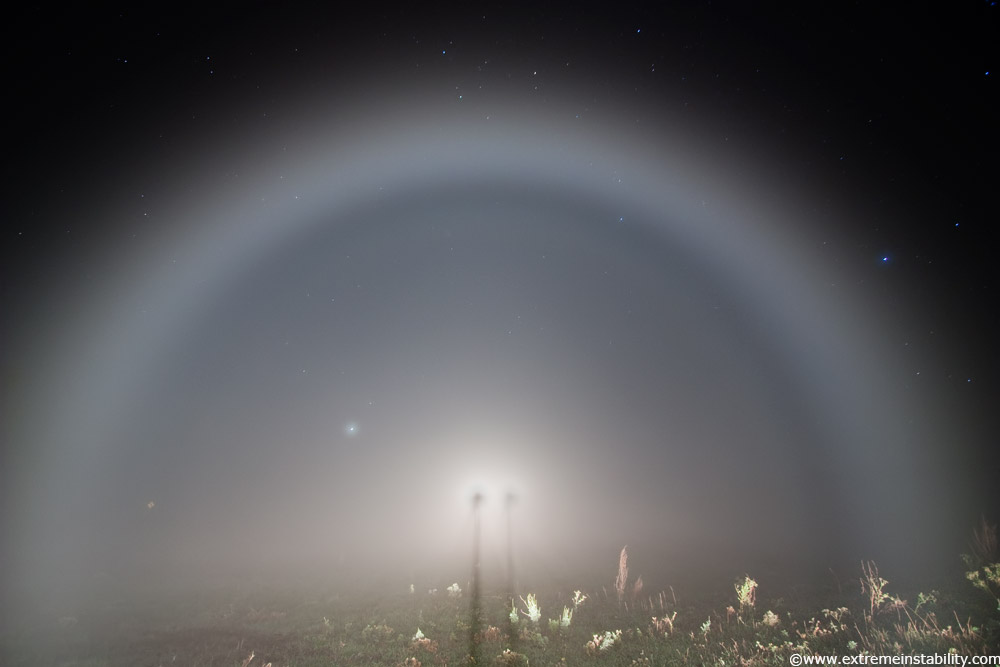 Venus in the middle. 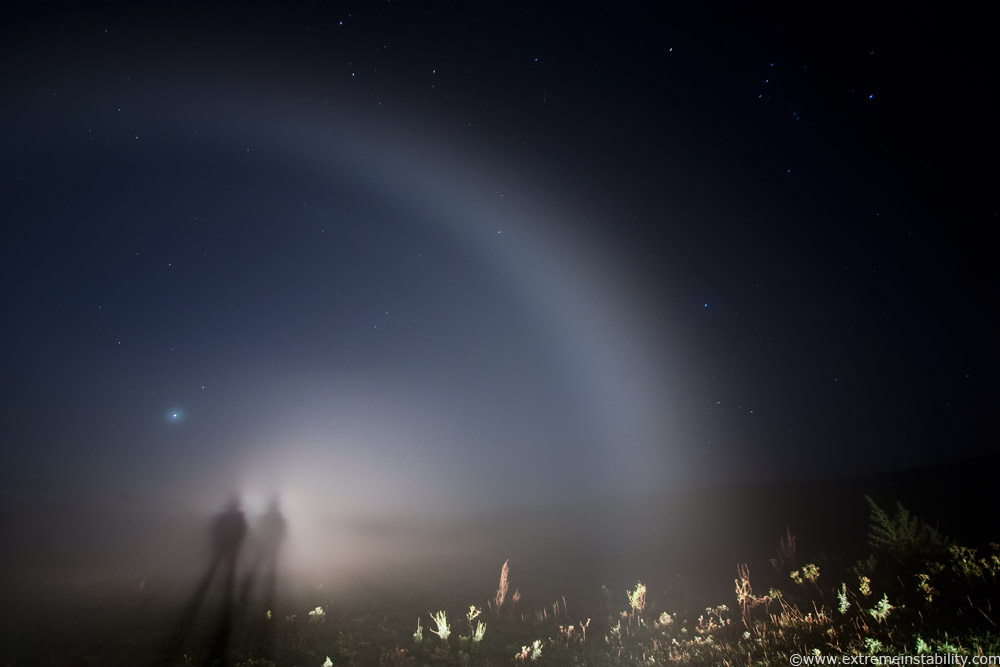 Chris Allington showed up sometime for this and we attempted to use two cars and criss cross bows, but it wasn't working out too quickly. It kills contrast on them if you don't line them up right, as you'll have a bow where it would otherwise be dark night sky. Like I've said before on another car headlight fog bow account, you have to go out ahead of your car 50 feet or more to see them, looking away from your headlights. It is funky that doing this you'll also see a bright light in the middle of the bow, which are your headlights behind you somehow reflecting back brightly. Fog bow clarity varies greatly depending on the amount and type of fog in place at that time. 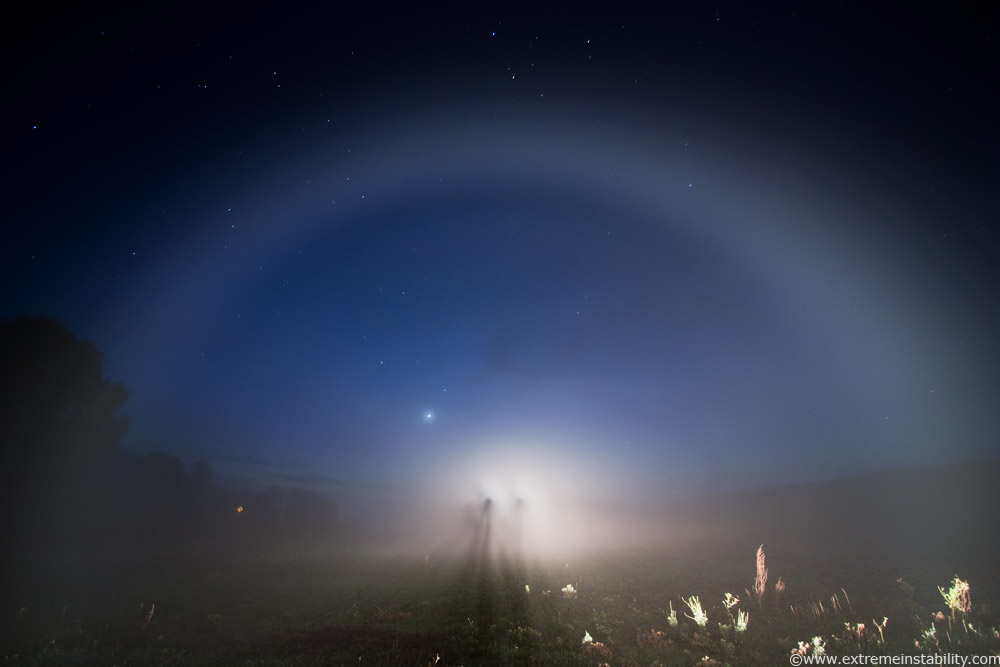 Guessing I could make these a lot brighter and more crazy if I aligned my headlights at least vertically, which they are not. The left tripod and camera shadow is much darker than the right. 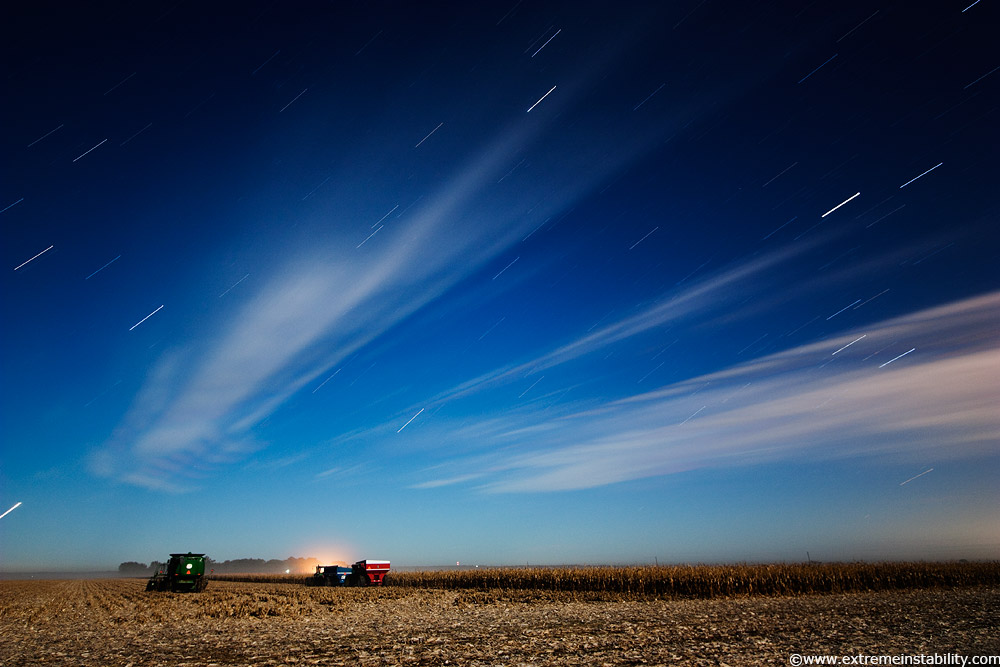 It's now October 4. Widespread fog wasn't happening this morning, so I tried some star trails. The only place with any fog was near the lake or river just south of me here. I wanted to get moon-lit fog shots from above, with the big full moon going on, just not enough fog anywhere near a hill. But this was a good thing it turns out, as I stumble onto my first lunar fog bow, where the moon is the light source to make the fog bow and not the car headlights. 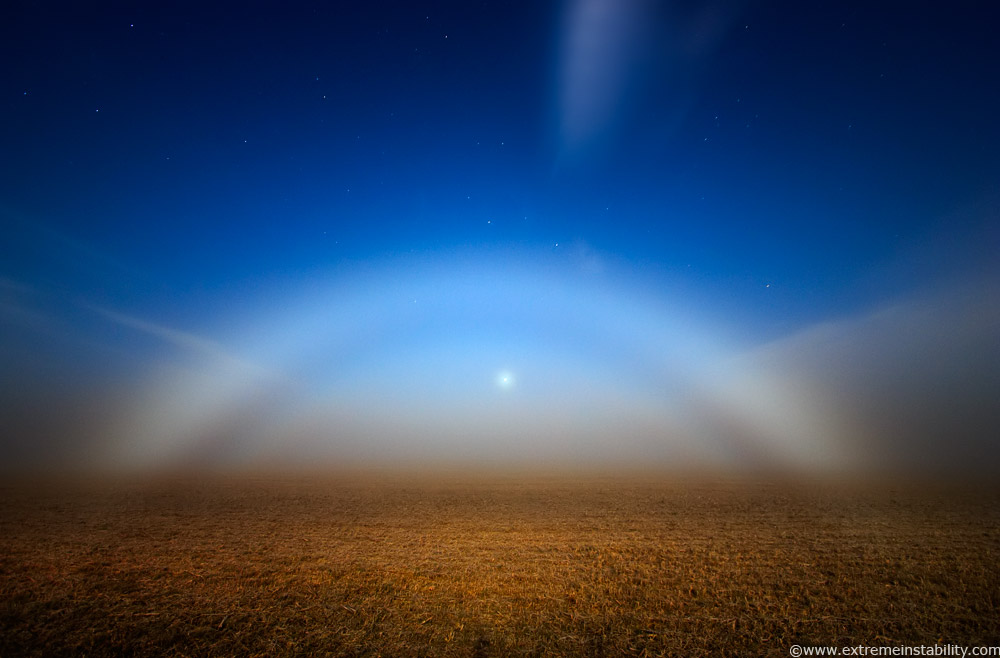 Now this above is strictly from full moon light entering some fog. Venus rising in the middle. It was nearing 6 a.m. now and I feared being seen by the residents of the house just to my left here, especially with my car idling with lights on in the fog behind me on the road. I mean if they looked out their back window they'd clearly see me standing there with something, and I don't think taking photos in the dark would cross their mind as a possibility. It didn't help that I had to jump down here to the field from the road, thanks to powerlines being in the shot. Since it was night, the camera would need to at least expose for a little while, for this to show up well. So I stood there wishing time would pass quickly, so I could hop back in my car and move along. I couldn't really drive down the road further, since the fog was so spotty and most other spots also had 10 foot tall corn running along the road. So I figured, I'd just have to shoot it here and hope they don't decide to shoot first and ask questions later. Under 100% full moon light it really isn't that terribly dark out either, so I stood out like a sore thumb where I was standing. Then top it off a car or two would drive by on this road as I messed around, surely scratching their head why anyone was out with a tripod and camera before twilight was even starting.

I think I took this one from the road and just cloned out the stupid power lines. 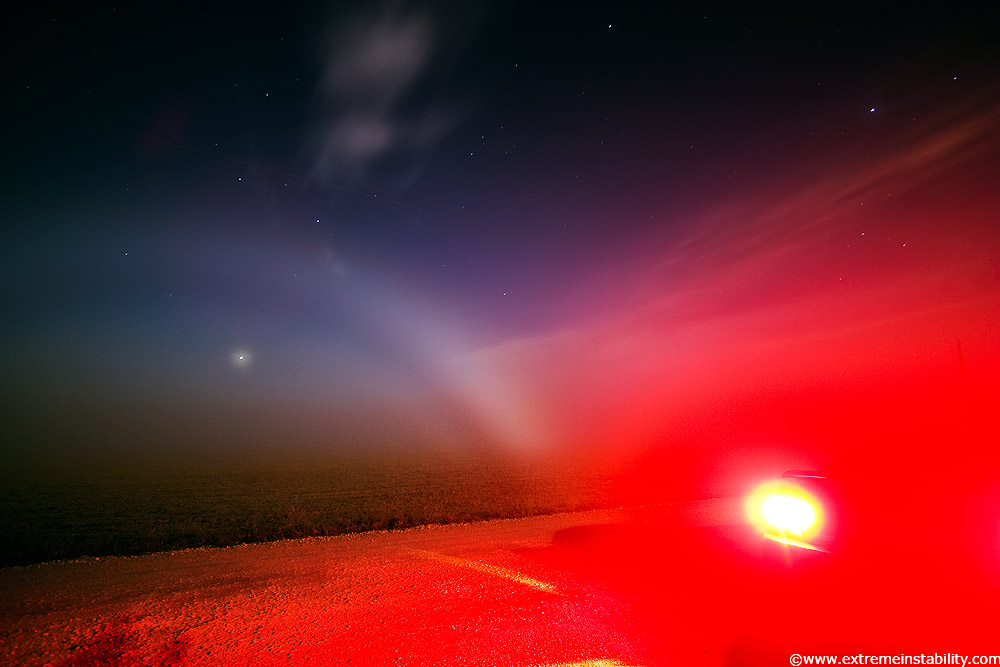 To show it is not from my car, here is my car to the right facing right down the road. This shot showing the fog bow most closely represents reality and how the fog bow looked visually at the time. 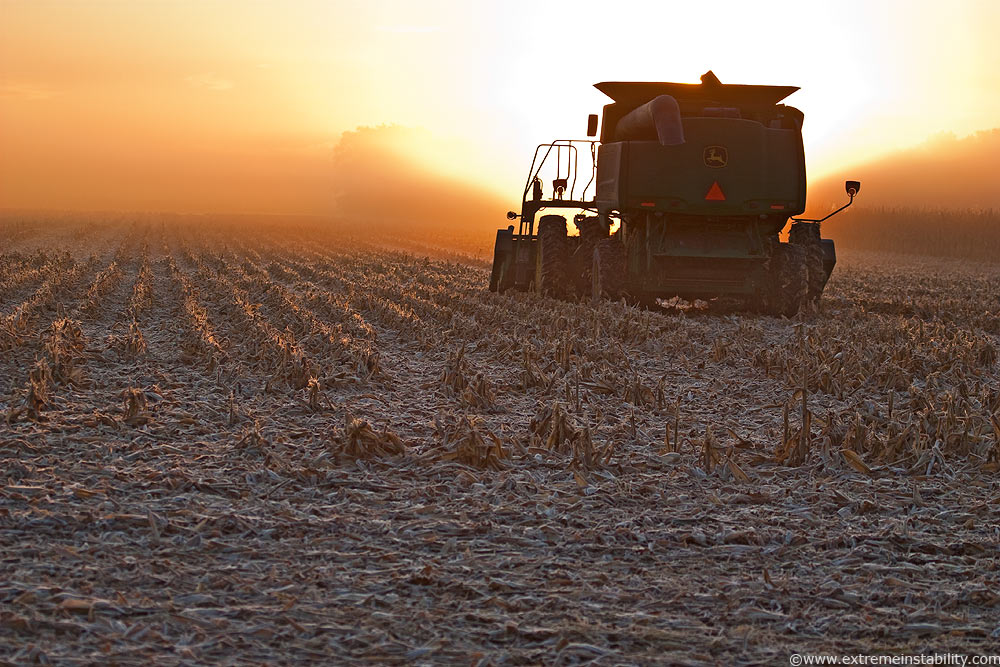 It was damn cold out for early October, around 30F somewhere, with thick frost.