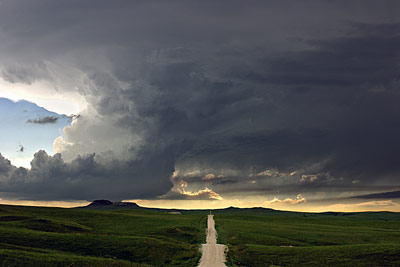 This was a true treat. I found this little guy early and watched and watched as it struggled. At one point what reflectivity there was showing up on radar trended way down to nearly nothing. I jumped up and down and gave it hell for a while, since I was out there all alone. Then I saw the new plume go up on the back side and got filled with hope. The rest is as follows. 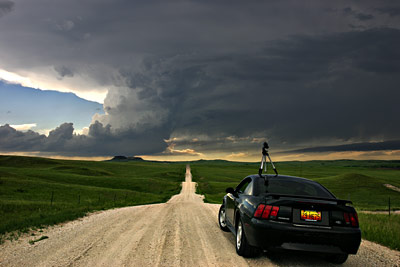 I shot nearly one hour of time lapse video from this location with the tornado forming about 20 minutes into it. 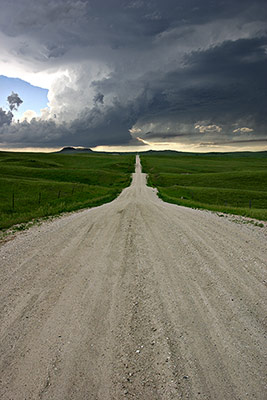 Only one guy and his kid drove by the whole time I was there on that road. Other than that I never saw a soul. Not only did I not see a soul after that or before I could not see any houses even. It really was very cool feeling completely alone with a nice little supercell. The area only added to this encounter. 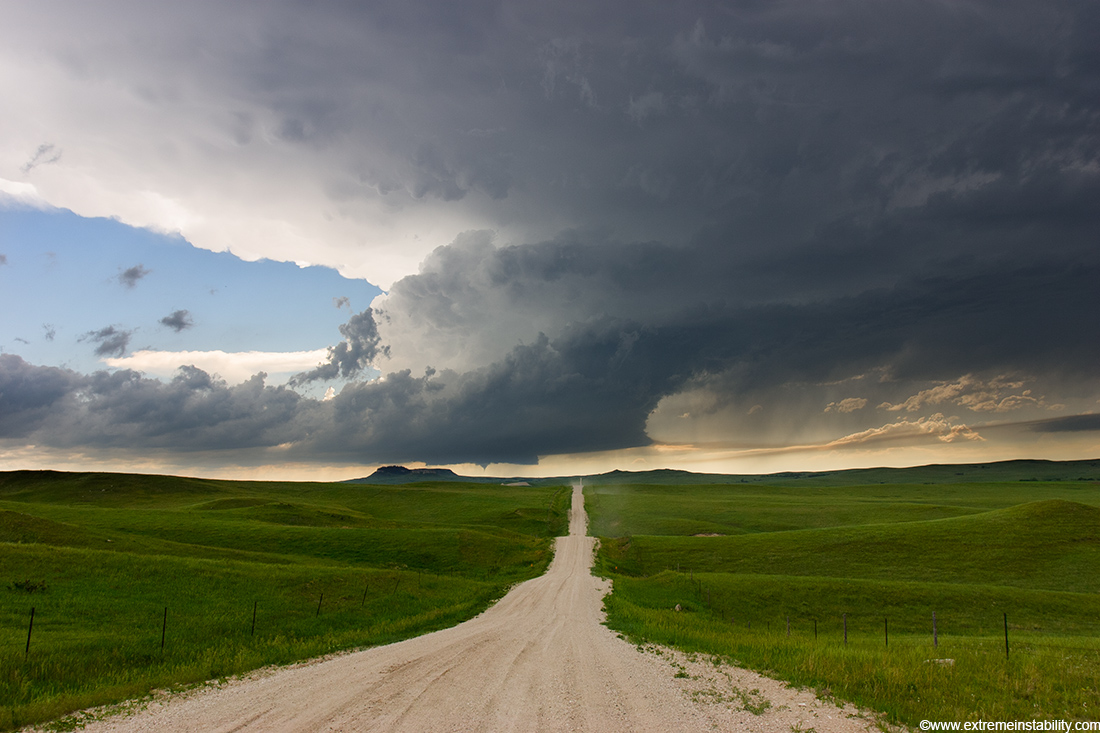 It inally clears that big rock formation(I'm near or in the badlands of sw SD) so I can see under the base better. 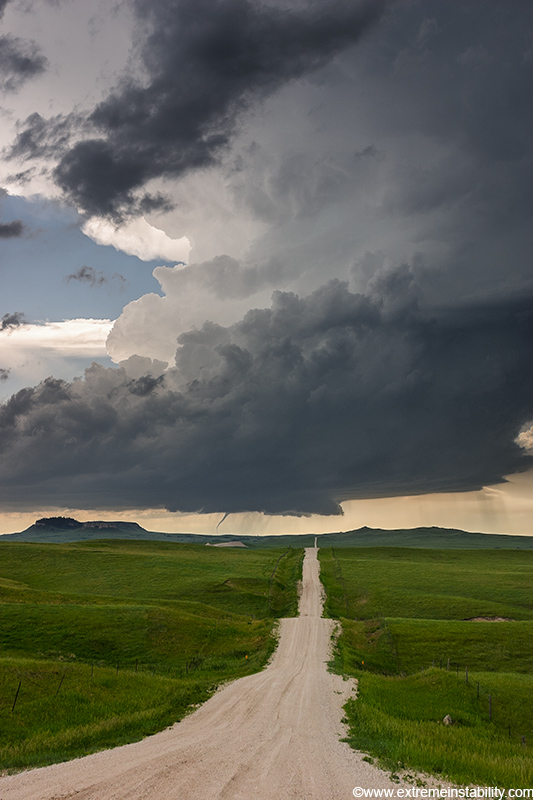 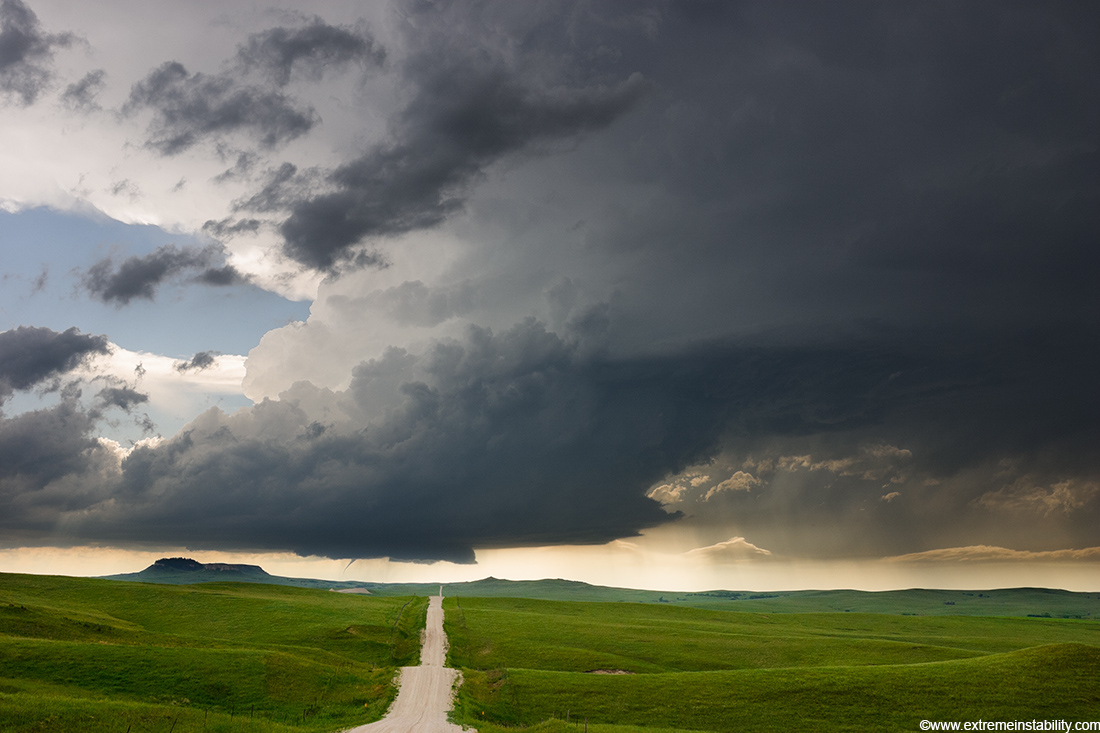 That first real tornado of the year is always special. I'd had one before on May 7 but personally never saw below the treeline so it didn't exactly count for much. 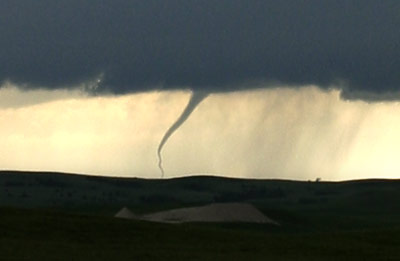 I'm starting to get too se of the storm so I leave and try to get east or northeast of it again. 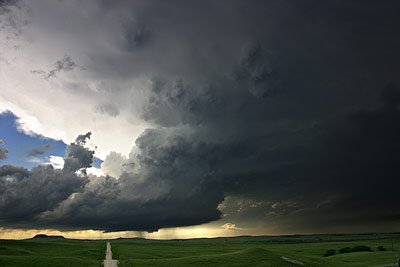 Northeast of it now, to the south of Kadoka SD. 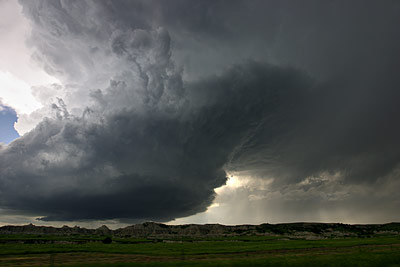 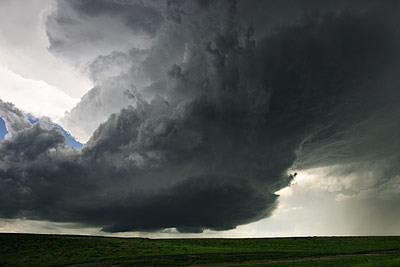 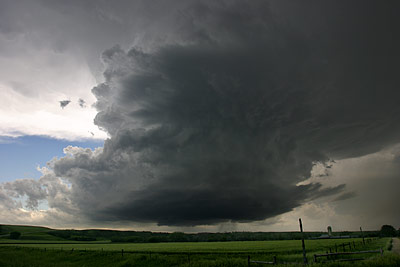 You can see the bubbling mammatus forming on the left side of the pic now. I'm looking ssw here and starting to get hailed on. 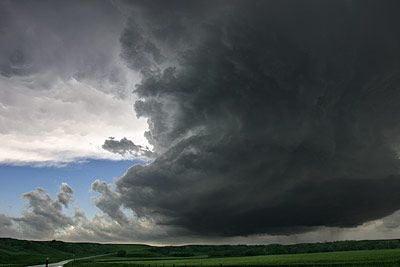 The core really picks up on radar now. I think there were reports of baseball hail in Kadoka shortly after this pic. The big stuff was on my heals as I got through and went east. 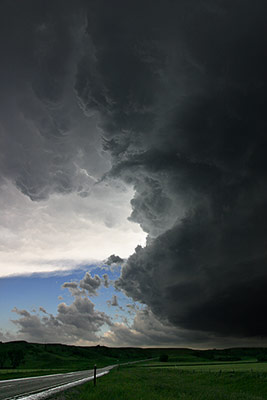 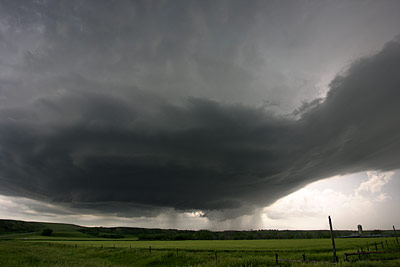 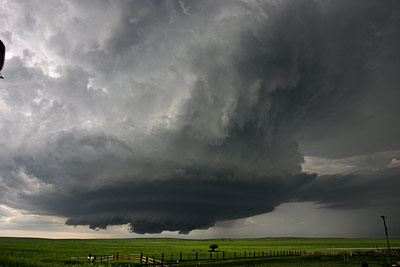 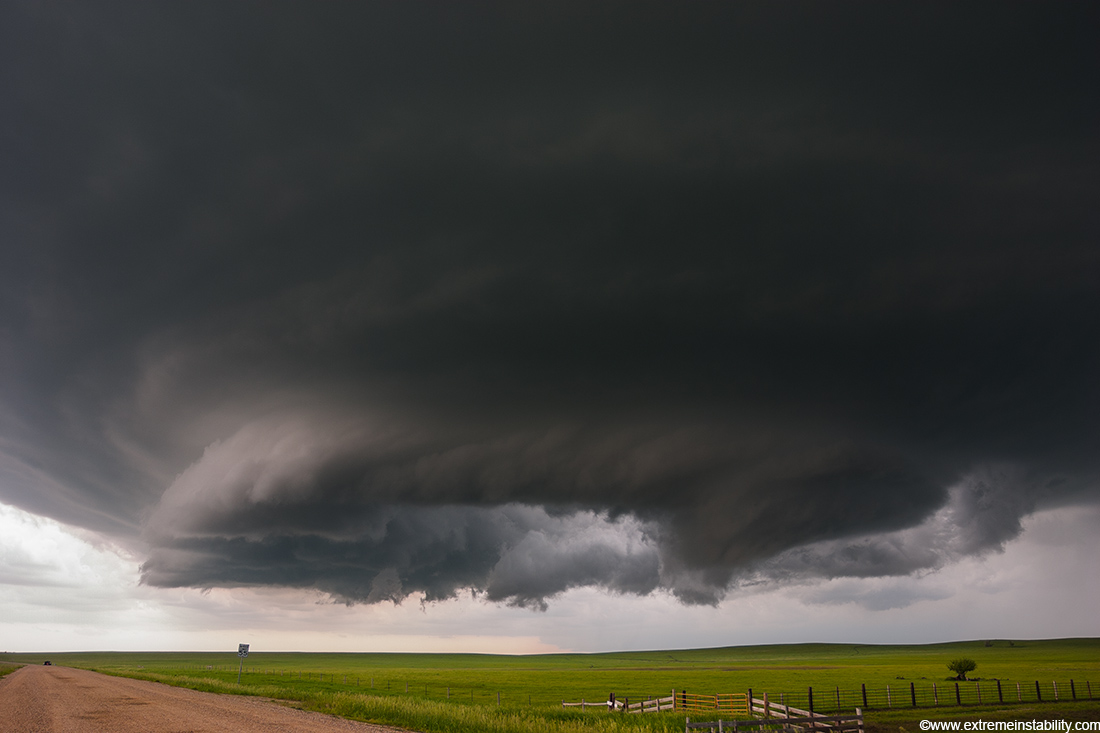 Some town east of Kadoka a few miles, looking sw. 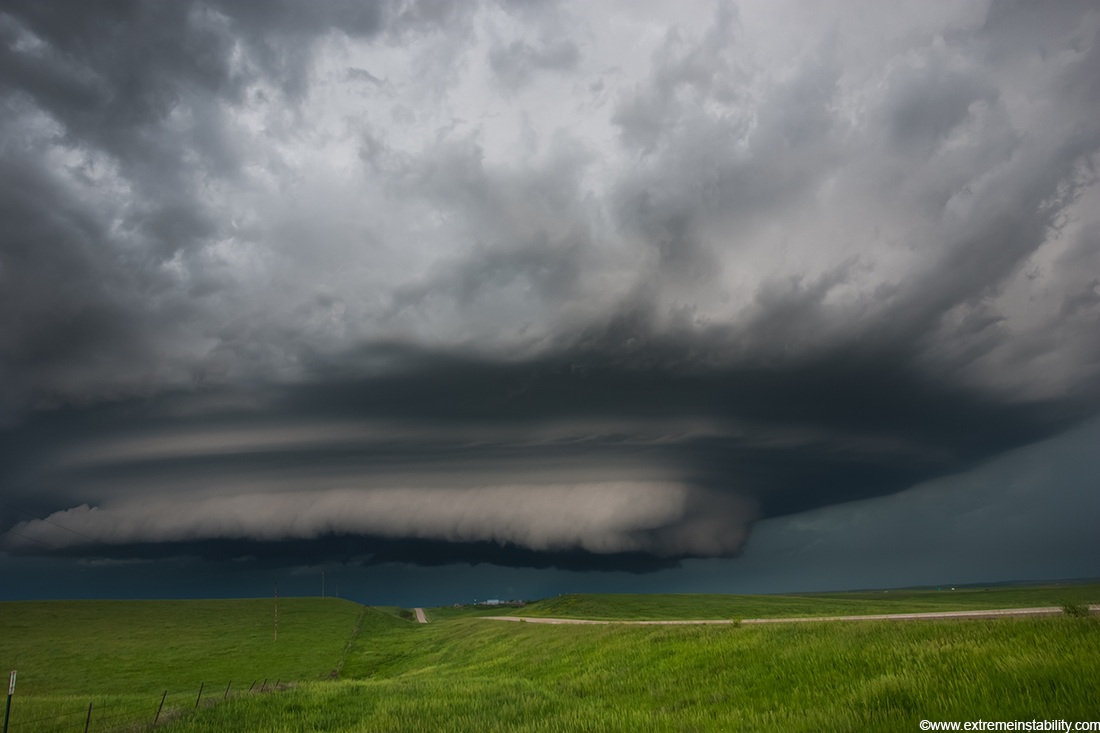 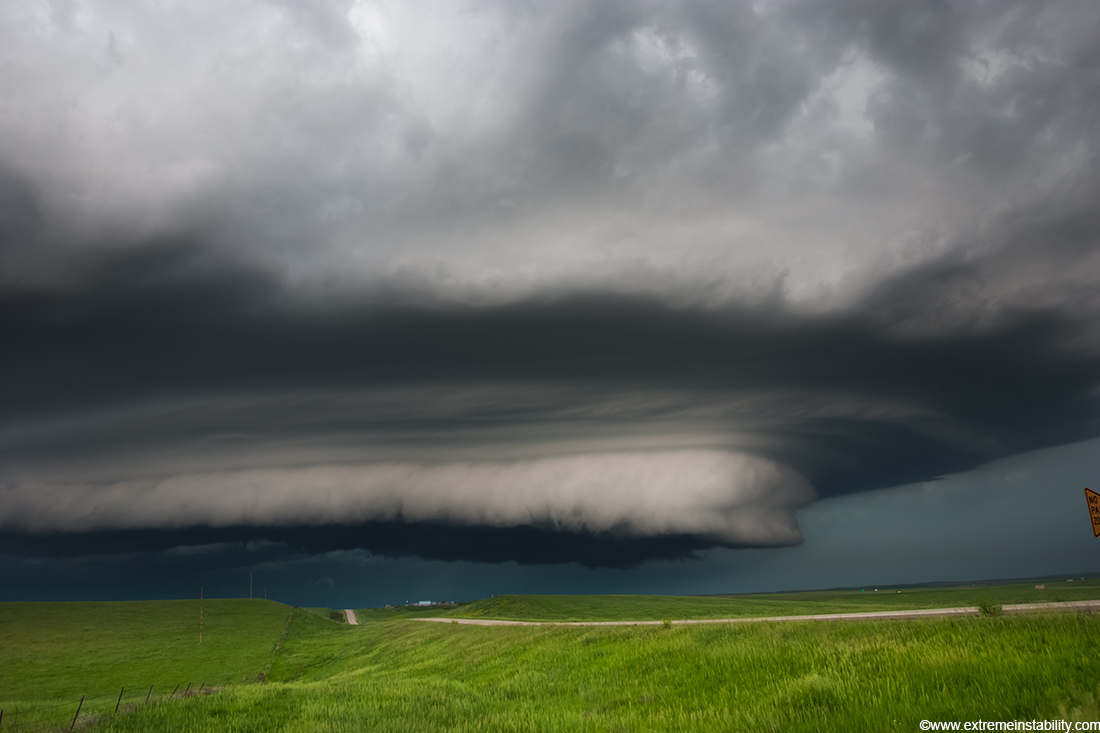 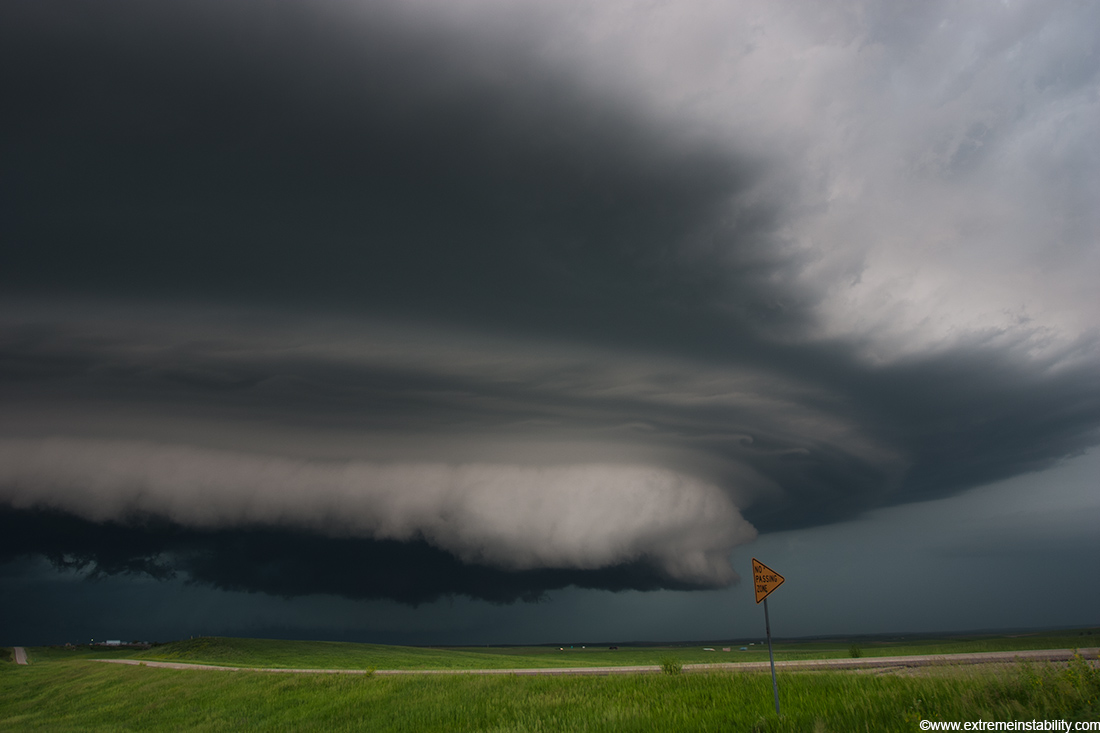 The rest are video captures. I'm getting gas in Murdo now. The line behind the supercell has now caught up with it. 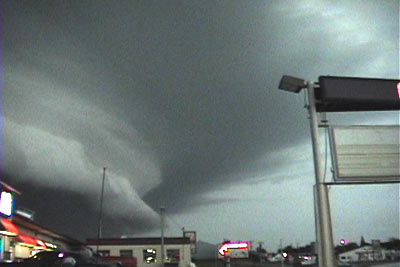 I should have raced east as I'm guessing the structure of this shelf got even more amazing. 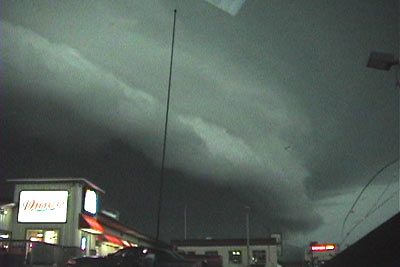 Dirt racing east under the shelf. 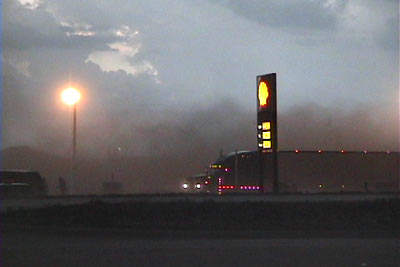 Now for the horizontal rain. This guy was trying to use the canopy as a sheild but the gusting winds weren't letting it happen. That is the only reason I can figure he was standing where he was. What is wrong with the inside of the vehicle I do not know.

Parking under the canopy probably wasn't the brightest thing to do. A convective line likely isn't going to produce real nasty hail. I should have been more concerned with the wind than any hail, and therefor not parked under a swaying canopy(I did end up moving to the south side of a motel). 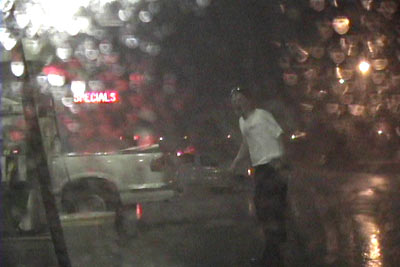