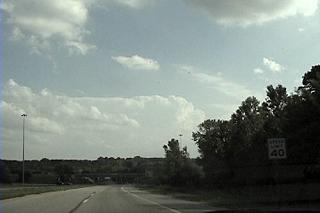 Two supercells had just blown up in nc IA, near Ft. Dodge and this was begining to show up on radar to the south. I opted to chase the southern one and took off. I'm looking south near Omaha here. 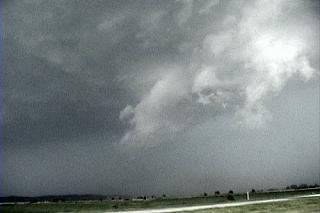 Here is the base of the left split of the southern storm, north of Nebraska City. Channel 6 in Omaha reporting 100 mph winds indicated on radar right now. They break in again and continue to report this. The tornado warning comes out shortly after. 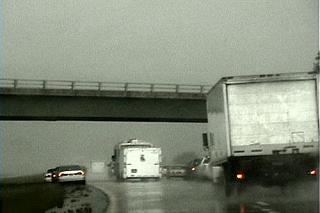 This was in the back of the core from the left split. People were stopping on the interstate trying to decide what to do. 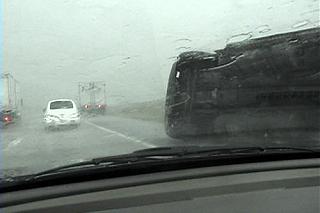 I was now in very high winds. I had actually come out of the core of the left split already before this took place. While driving further south towards Nebraska City I could see the lowering with the right mover. Rain quickly blasted west in the rfd. My view south was then blocked as the meso spun up just south of this location. I called 911 and they indicated emergency vehicles were on the way(for this overturned semi). Visibility in this capture looks better than it was. I think I'm on the west side of another semi here and he's blocking the wind. You couldn't see this semi until you were right on it. There were vehicles pulled over behind it and infront of the truck ahead. I wasn't sure which way that lowering and meso were moving. I really didn't want to drive into the back of it. 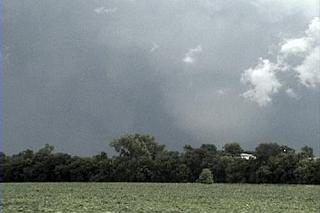 As I continue south I can see the storm is east of I-29. I continue south and head east at Hamburg IA, in the extreme sw corner of the state. I saw this touch down at one of the crests of a hill. By the next hill it was no longer on the ground. This is looking north towards Riverton. 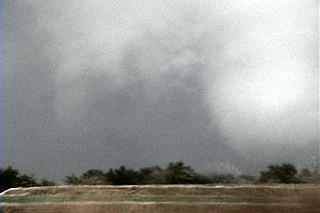 A bit later in the same area, still driving and still loving the hills. 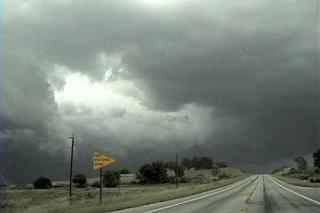 This is panning east right after that previous vid cap at the new meso with strong rfd cut. 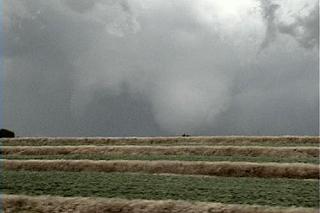 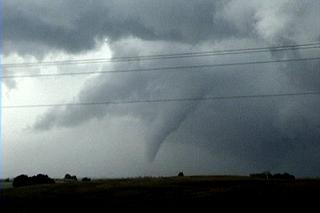 North a few minutes later. This might have been the same tornadic circulation, though I've heard it wasn't. 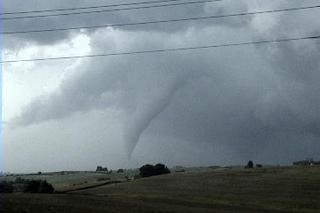 It was in this state for a few minutes before roping out. 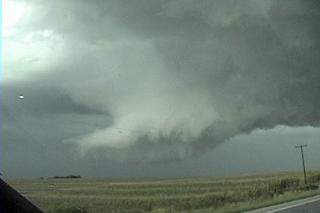 This is at the same time as the previous image but looking east. 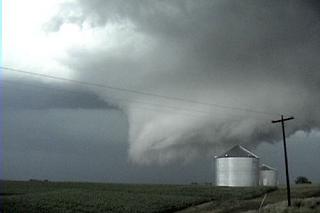 This was rotating as hard as I've ever seen something rotate. 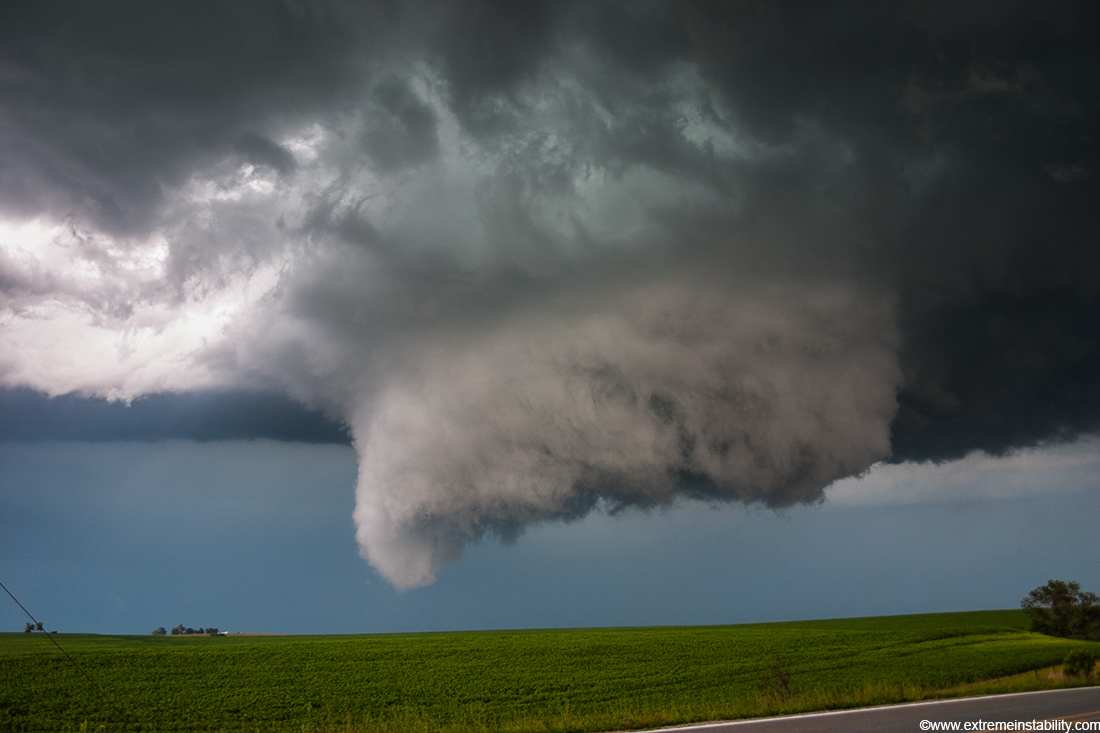 I pulled over and shot video of this amazing sight. I can't believe it didn't produce right here. 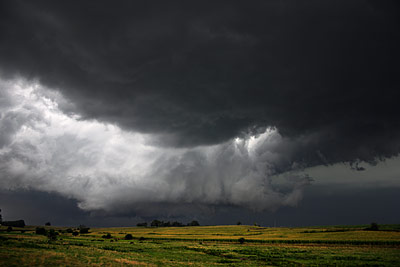 After shooting some video of the above I blast east. This is looking due north at the lowering behind the intense rfd. This rfd had a pretty cold look to it. The clouds moving south in it were probably moving at nearly 100 mph. 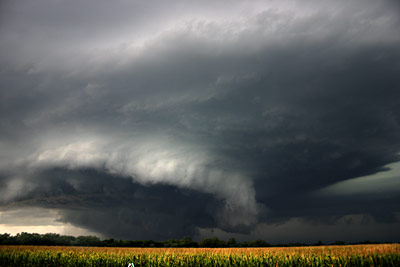 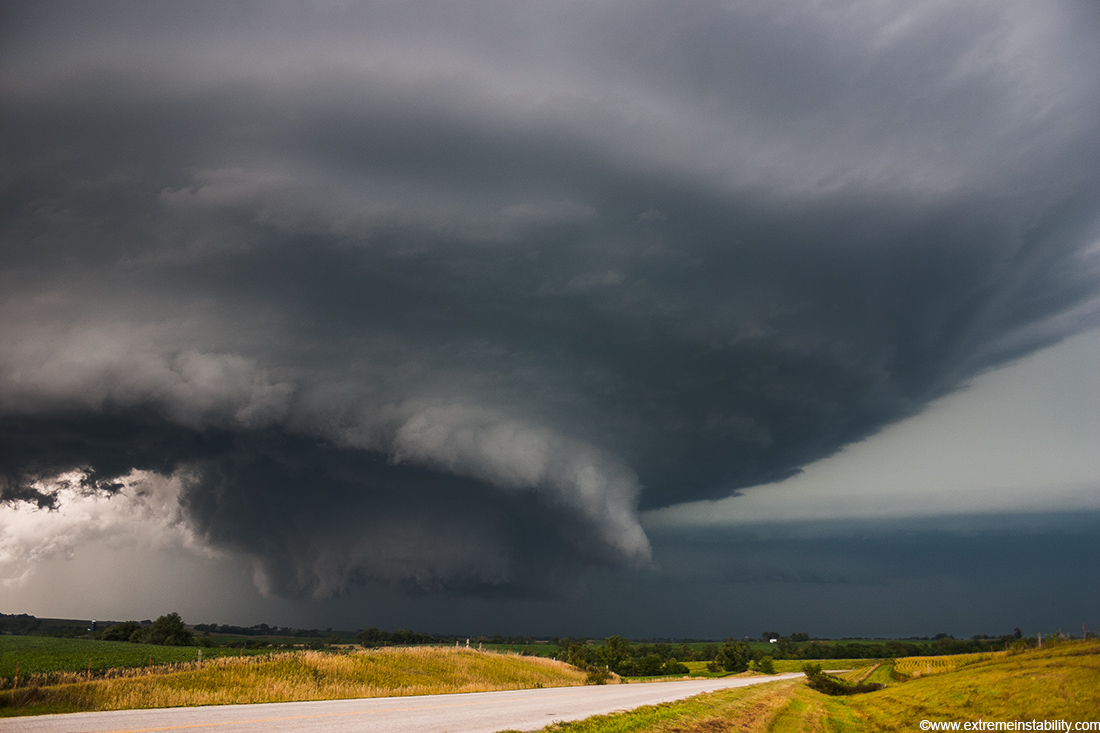 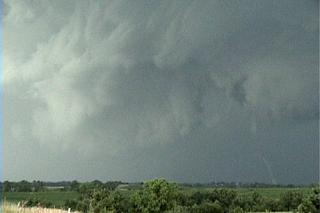 Lots of vorticies dance around under the very strong rotation. I'm fairly certain alot of the damage done was done without condensation during and shortly after this. 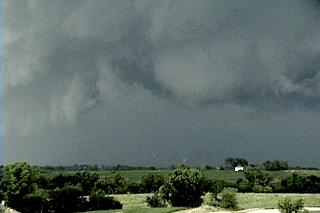 Vorticies right on the ground below the bowl. I guess it is hard to get an idea of what is going on here from the stills/video captures. 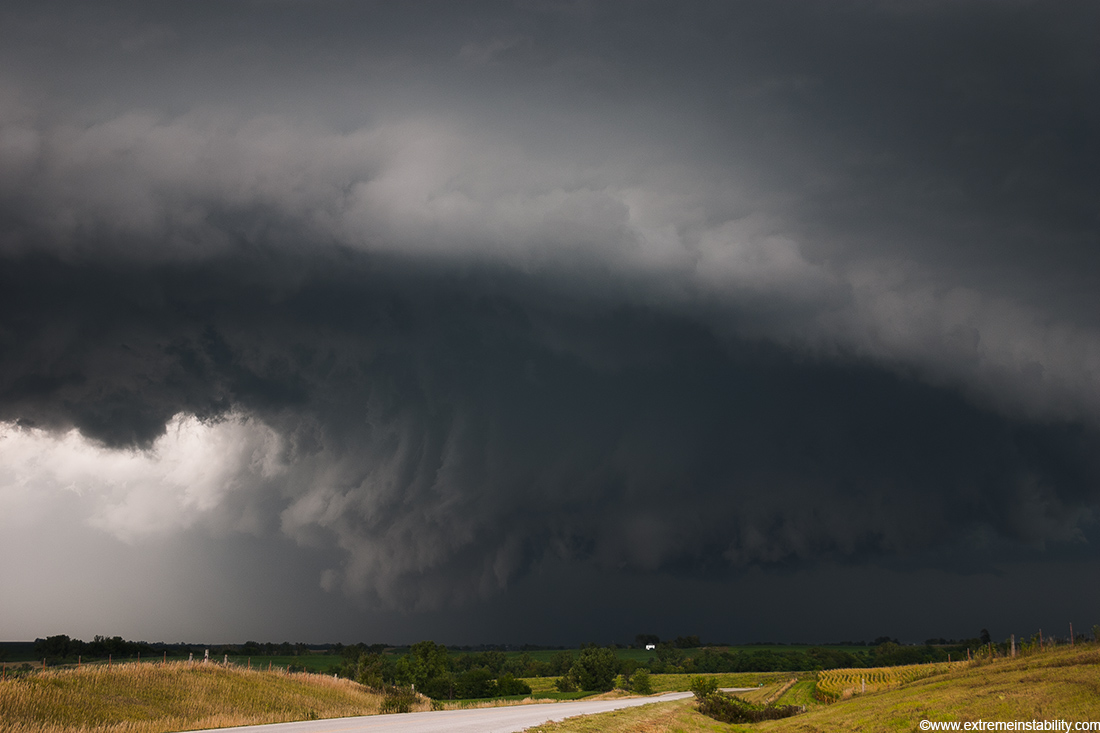 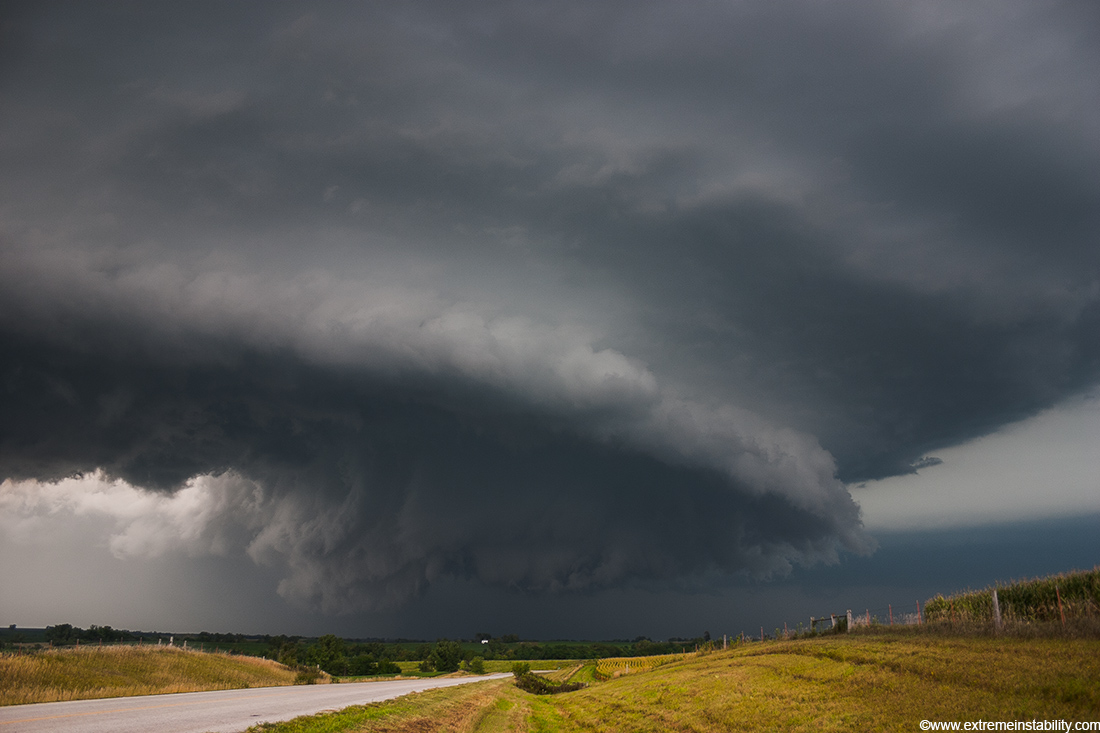 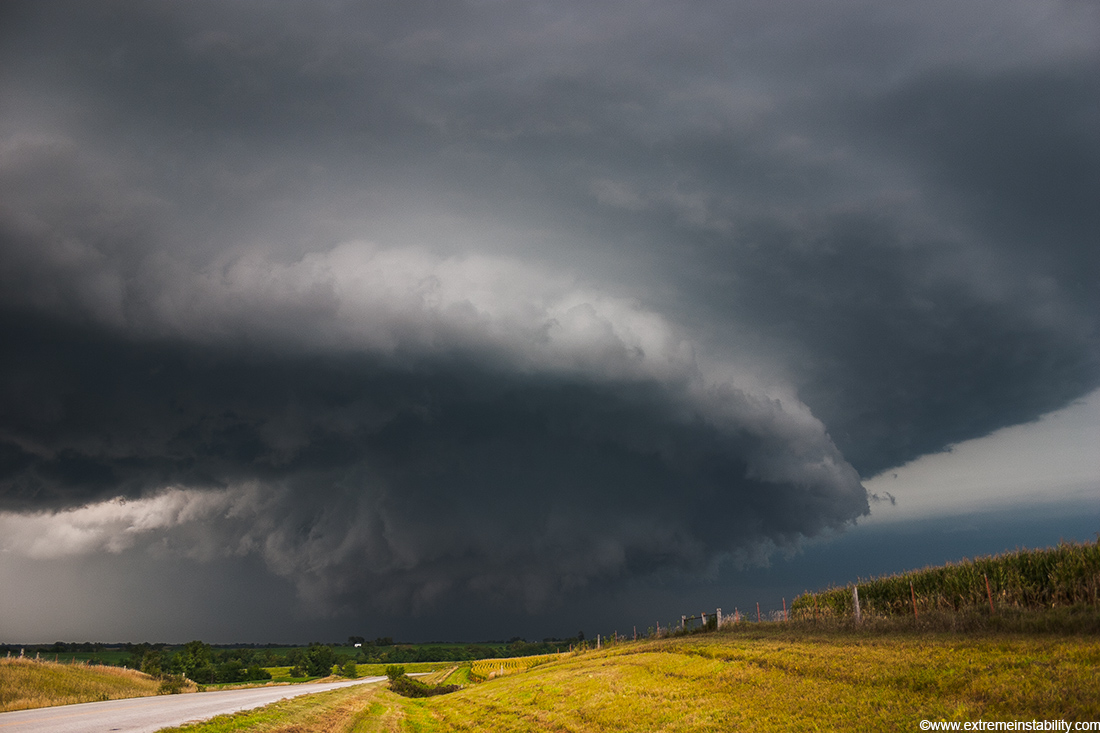 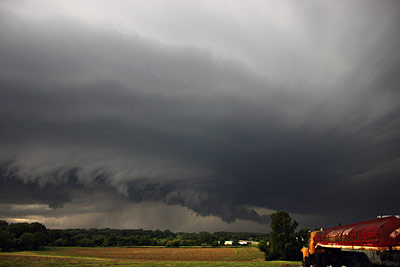 I blasted e..then s..then e...then ne around this time to stay ahead of it and lost my view for a few minutes. I got back infront of it at Bradford IA. It was still tor warned as it entered that town, but was just too undercut then. It is now getting much more linear in appearance. 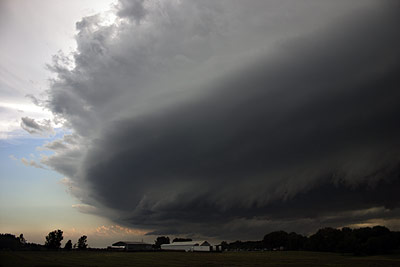 Looking south about the same time.

All in all a very nice chase for any time of the year, let alone August in IA. These were my first August tornadoes. Congrats to all the others who bagged today-seemed to be lots of them from NE that did. Oh yeah, the public was out in force, as well as the wild life. I almost hit deer twice and that was well before sunset, followed by a dog. Those hills sw of Bradford were so much fun. The only cool thing about the nw MO area is that roller coaster feeling at every hilltop. 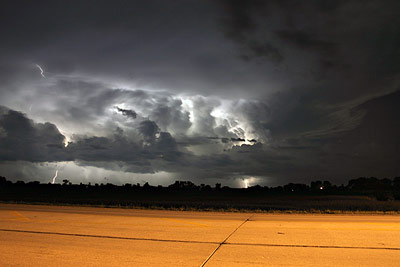 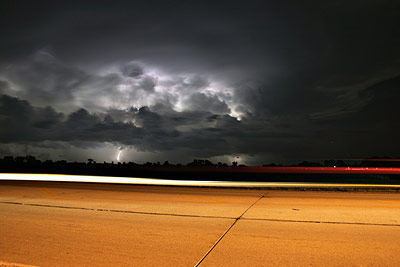